The decision depends a lot on where and what job you are aiming for:

Python is a popular, well-paid language, being versatile enough to be used in many different applications, while Javascript is used widely across the country, and can be a good choice if you don’t want to relocate for a job. Although some newer programming languages, such as Swift, are not included, you shouldn’t discount the growth of their popularity. Career opportunities in iOS development using Swift, similar to Android development using Java, will increase as the field of mobile app development continues to expand.

There are many factors involved in choosing your first programming language. This data can help you figure out what works for you.

Good rundown of the stats behind the programming language careers. I’m not sure that Google searches in the best gauge of language popularity. Maybe something like number of projects on GitHub might have worked better. 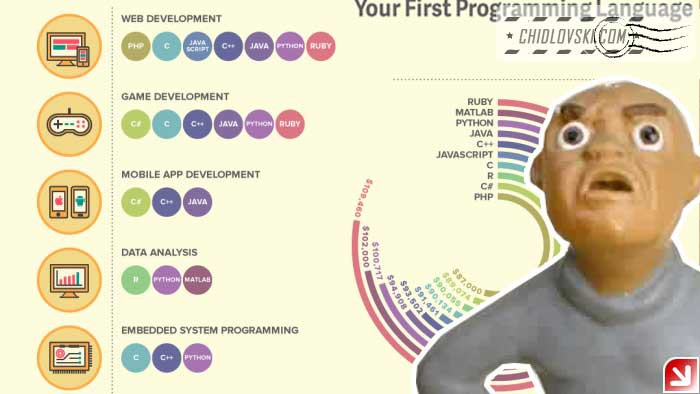