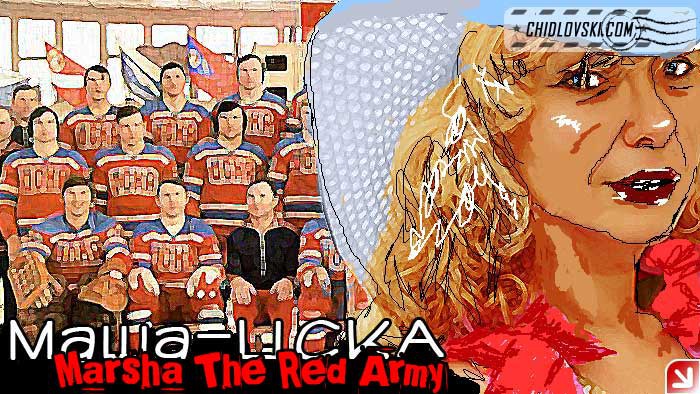 The latest news about Patrick Kane from the Chicago Blackhawks are troubling and scary.

Lately, more and more major league athletes were involved in police investigation and law enforcement stories with sexual assault, spouse beatings and other really nasty stuff to hear about.

I googled for “Patrick Kane Partying” and the images showed tons of “hot pics”. For whatever reason, there were lots of photos of former Bruin Tyler Seguin having a good time too.

Obviously, everybody nowadays make pictures with their cell phones and in a matter of seconds those go public over the world via Twitter or Facebook.

Of course, hockey players are no librarians or some scholars studying sciences. Those are young, strong, attractive and rich  guys. I don’t know if things were getting as bad as it is now, but in the old times athletes also had good times…

I started to think about similar stuff back in the Soviet Union and there were plenty of Derek Sanderson like stories too. They didn’t get media coverage but there were “cross-the-line” stories with crime and punishment.

But, overall, it was just about having a good time. Not necessarily pretty…

It reminded me some of the personalities from off-the-ice hockey life back in Russia decades ago.

Everybody called her Marsha CSKA – Marsha the Red Army.

She was a big fan of the Red Army hockey team (CSKA) in the 1970s. No one actually knew where she came from and what he had to do with the club. She never missed a game of CSKA and was an essential part of hockey entourage of the time.

Her swearing was loud, volume up all the way. At first, it was irritating but eventually fans got used to it and smiled listening to Marsha’s rhetoric and figures of speech.

The Red Army players liked her. Some said that she was bringing them luck on the ice and quiet often they let her into the arena for free.

I remember how Boris Mikhailov, the Red Army and Team USSR captain, arrived to the main entrance of the CSKA Hockey Arena before the national championship game.  It was in winter and he wore a big fur coat and a big fur hat.

– Take it easy, Marsha, – replied Mikhailov and kindly let her go into the stadium through the personnel entrance.

Free of charge. The team needs a good luck for the game.

I don’t know what was the connection between Boris Mikhailov and the street-smart bad-mouth middle-aged gal Marsha the Red Army.

Stories like this dissolved in the cold air of Moscow as soon as the players closed the door to the hockey arena behind them.

Today such stories make the front cover of the newspapers or prime-time news. In the old times, these stories were subject of countless rumors and gossip between the fans.

Does anybody here remember Marsha the Red Army? 🙂