Friday Night. For the first time in my years of following hockey, I am going to attend a college game.

Many years ago, I used to spent alot of time with my school hockey team in the summer training camp. For whatever reason, I never went to see them playing in college tournaments.

The game I went to was between Harvard and Yale – Crimsons vs. Bulldogs. According to the program, it was game # 234 between the teams of ones of the oldest American universities. At least, the article in the program introduced it as the third oldest rivalry between college and university teams in USA.

The game was pretty even and ended with a minimal score advantage of the host team. Harvard won 4-3.

The attached photos are a mini-report from the game.

This is the view of the arena prior to the game. 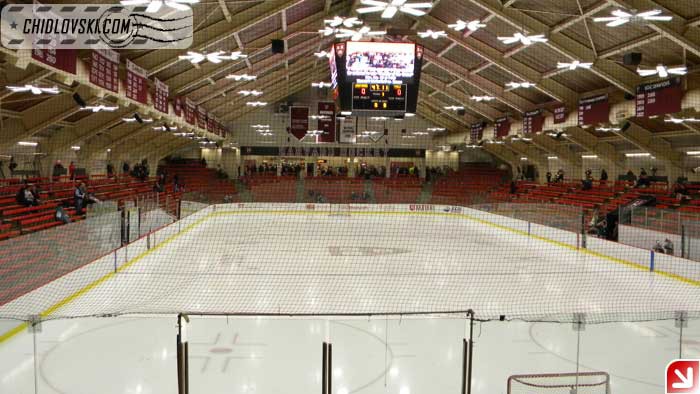 Teams line-up before the game.

The host team is in the red and white jerseys. They look bigger and more powerful than Yale. The Crimsons have a few players drafted by the NHL. Harvard’s head coach is Ted Donato, famous American hockey player who had a long and impressive career in the NHL. 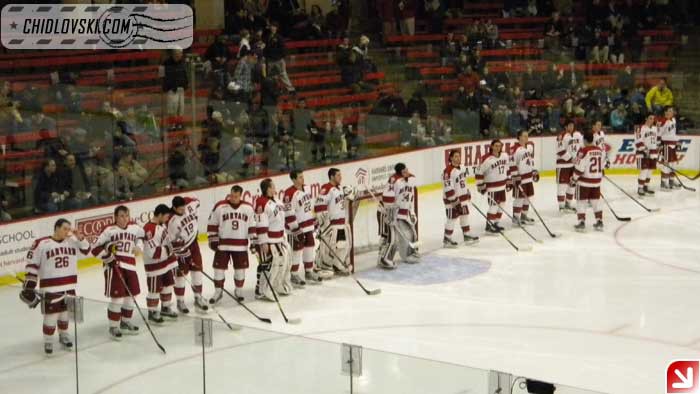 Bulldogs look slightly smaller than Harvard. But they seem to be faster and more mobile. 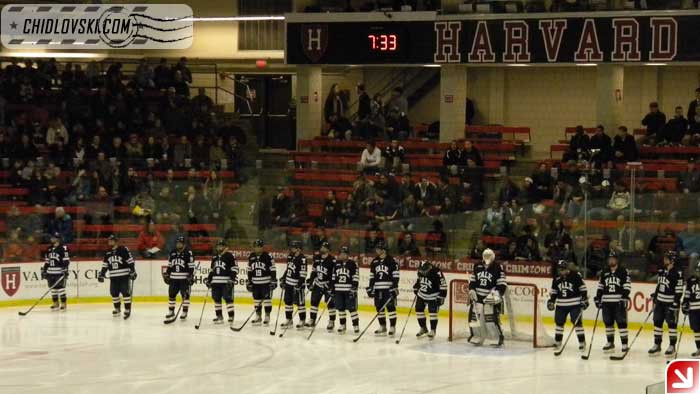 The starting line-up of the Harvard team.

Number 19 is Alex Killorn, prospect of Tampa Bay Lightning in the NHL. He is a native of Montreal, Canada. 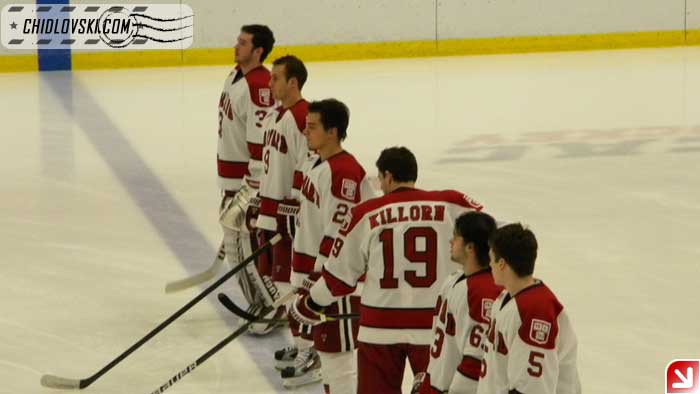 National anthem of the United States of America. 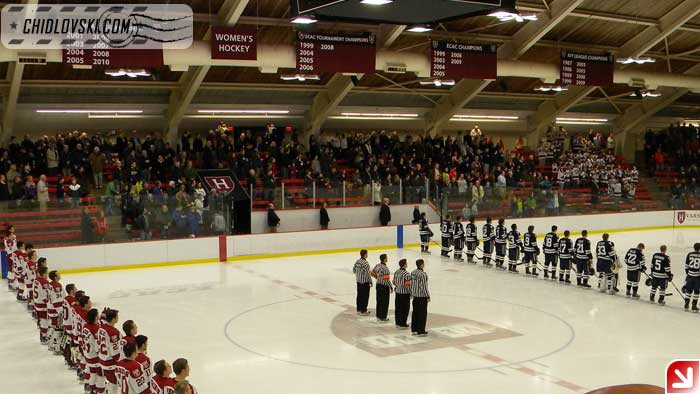 The first impressions of the warm up seemed to be true to some extend. The Crimsons are more powerful. However, it was Yale that began the game in offense.

They play faster and smarter.

However, Harvard scored first. Needless to say, they scored with their first shot on goal.

To pay the justice to the Connecticut’s players, they did manage to score twice in the end of the 1st period. Practically, it all happened during the same shift. 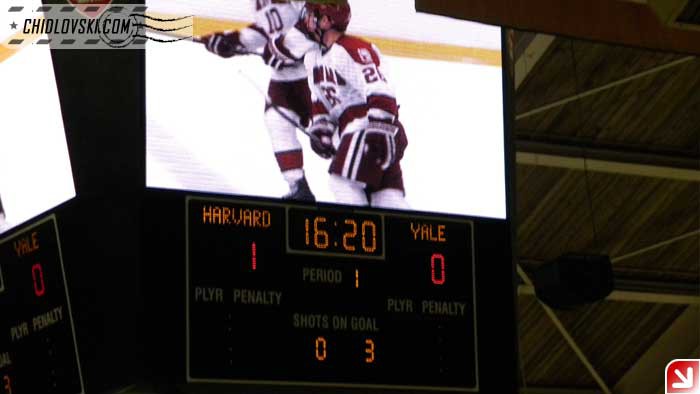 In the second period, Alex Killorn took advantage of the Bulldogs’ goalie and scored after a loop behind the net.

Overall, Yale’s goaltending was probably the weakest spot in the guest team in this game. 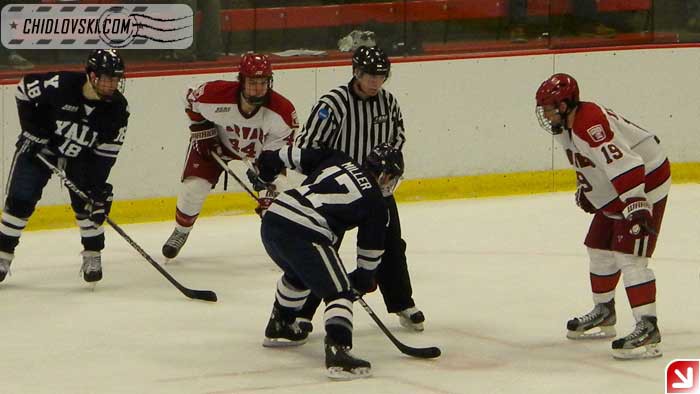 Overall, the game was great. There were emotions and passion seen on the ice. 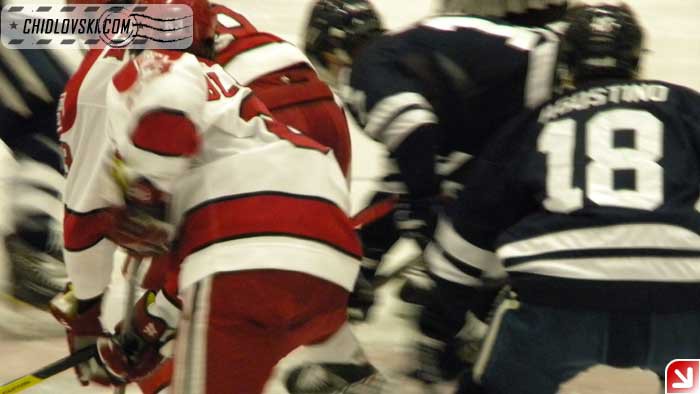 It was fun to see the band performance. 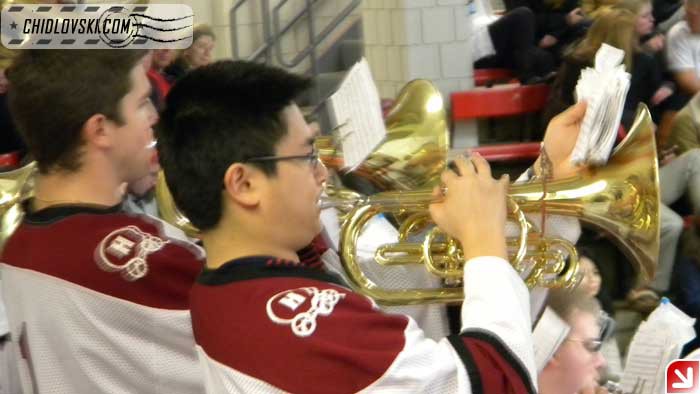 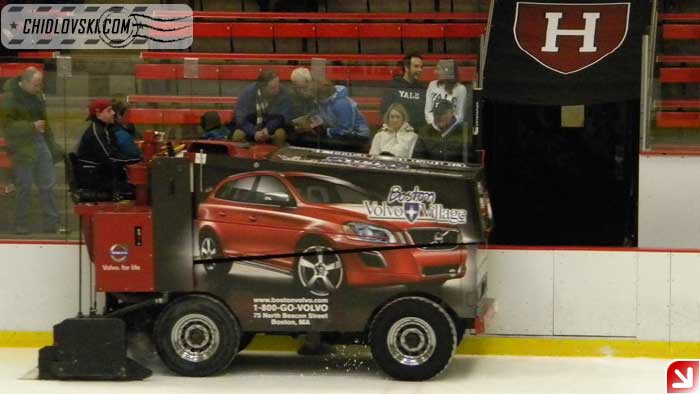 … and purely hockey moments of team work and bonding. 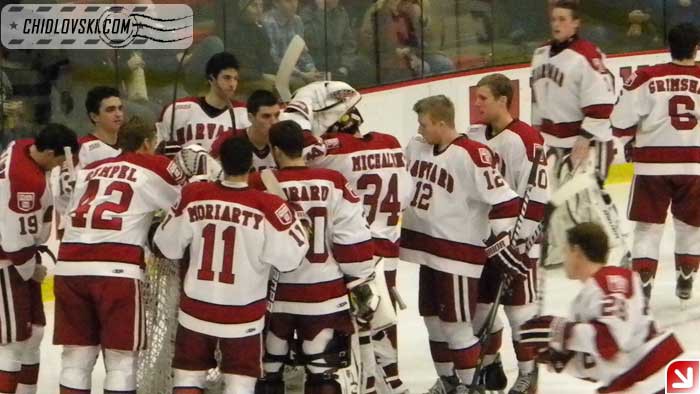 Overall, if you love hockey, it is well worth attending college games.

It is definitely not the NHL.

There is no impressive bodychecking. No breathtaking slapshots from a blue line. No loud cheering of thousands of fans when the NHL stars are being introduced in the Garden.

Players are young. They wear masks.

But the game is fast, emotional and very enthusiastic. And certainly you can’t beat the price of the tickets. For $15-30, one can have real fun watching these exciting tournaments.

Anyway, ask me if it’s worth attending. Absolutely! Super fun! 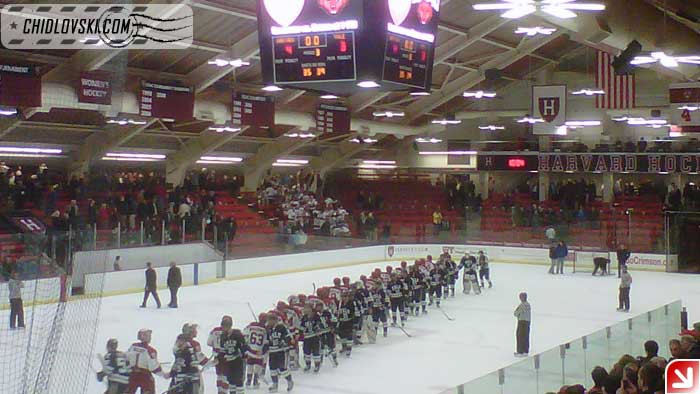