For Those Who Couldn’t Go To Rio 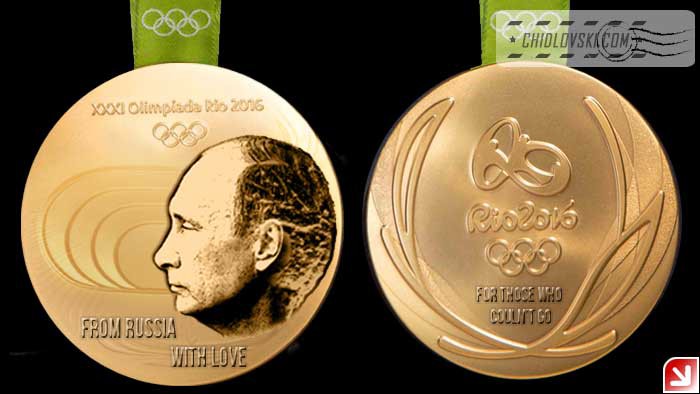 It is one thing to win in competition with your equals, with strong rivals, after all, and quite another thing to compete against athletes clearly not of your level. Such a victory does not have the same taste and is perhaps even quite tasteless.
Vladimir Putin

As per meeting of Russian President Putin with the national Olympic team, the barred athletes who couldn’t compete in Rio 2016 will be treated  as Olympic champions, “with all the administrative and financial consequences this entails.”

A total of 108 Russians have been barred from the Olympics so far, including 67 of 68 members of the track and field team. Russia planned to send 387 athletes to the Games. Medals to be given to the banned champs might look like the ones shown.