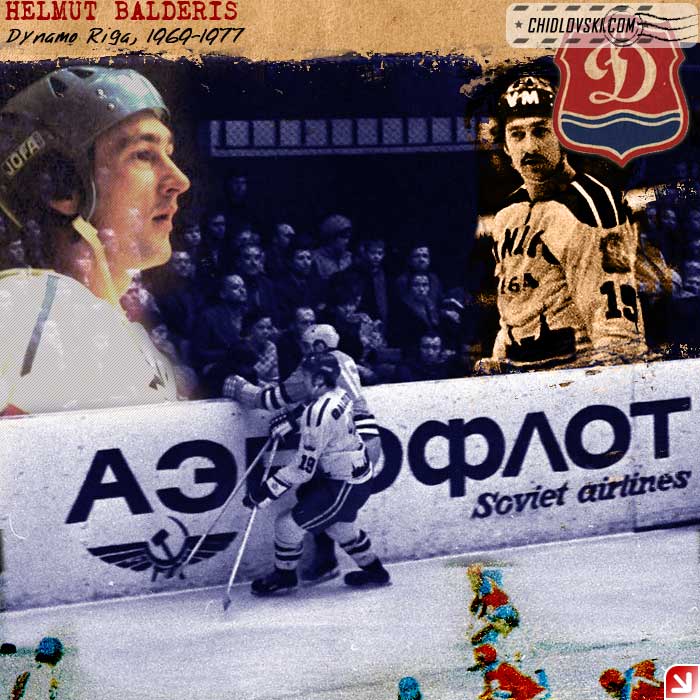 One of my favorite periods in the hockey biography of Helmut Balderis is his play with the Dynamo Riga team in the early 1970s.

This is “early Balderis”. Rising hockey star from is becoming one of the most exciting players to watch and follow.

Interesting sidekick of the photo is the advertising on the ice rink.

The Soviet Union was one of the first in the world to introduce it. It was way before the NHL started to do it in the North American arenas. Ironically, Russia pioneered these ads but there was not much to adverstise. The photo displays the ad of the Aeroflot, the Soviet airline company. In fact, it was the only  airline company in the country 🙂