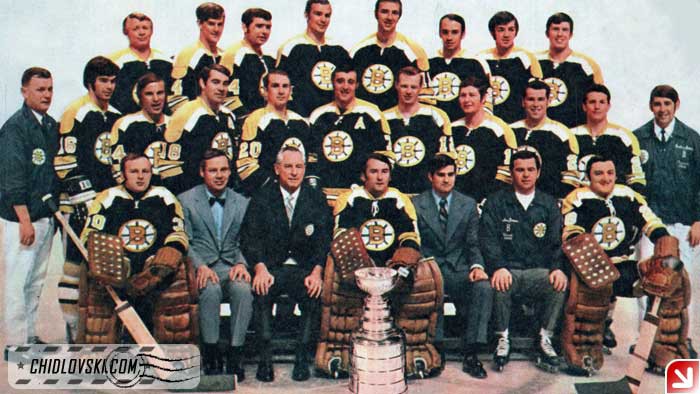 Just a mood booster in the light of upcoming finals for the NHL Eastern and Western Conference finals.

Four teams left in the pursue of Lord Stanley this season and our Bruins are not among them. In fact, this year Boston didn’t even make to the playoffs.

For real fans, there is always such thing as next season.

For historian fans, like me, there is always such thing as glorious moments from the past.

Now, here is a quick question for hockey history gurus:

What players and coaches on this picture took part in the 1972 Summit Series between Team Canada and Team USSR?