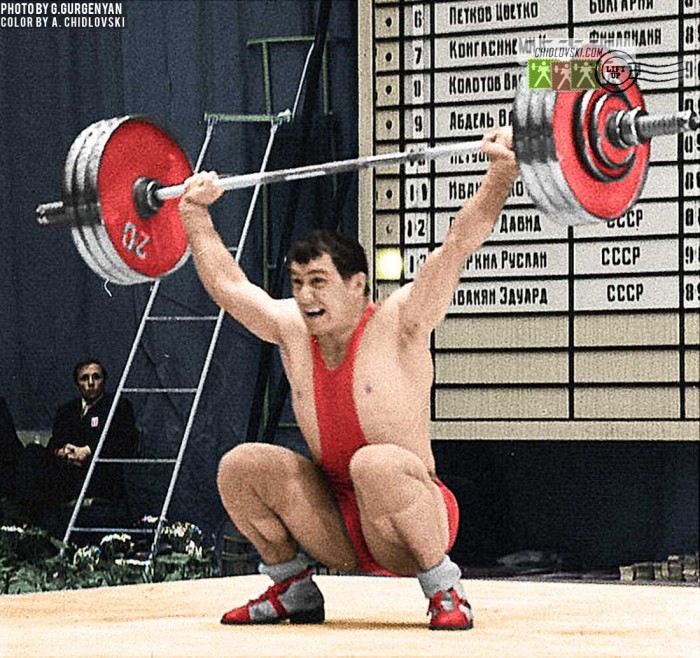 Our History in Color photo series presents Ruslan Tarkil of the Gantiadi club of Sukhumi, Abkhazia performing the snatch lift at the Friendship Cup.

Ruslan Tarkil is definitely an “unsung hero” of Olympic weightlifting for many international Iron Game fans.

He was born in 1952 and competed on the national level in the 90kg and 100kg weightclasses for the Gantiadi club of his home town Sukhumi, Abkhazia located on the Black Sea coast.

In 1975, Tarkil won a silver medal in the 100kg weight class, one of the most competitive among Soviet athletes of the 1970s, at the USSR Championship in Vinlius, Lithuania.

The original black-and-white photo was donated to the History in Color @Lift Up by its author, Gogi Gurgenyan who was born and grew up in Sukhumi, Tarkil’s hometown. Both Gogi and Ruslan are lifelong friends.