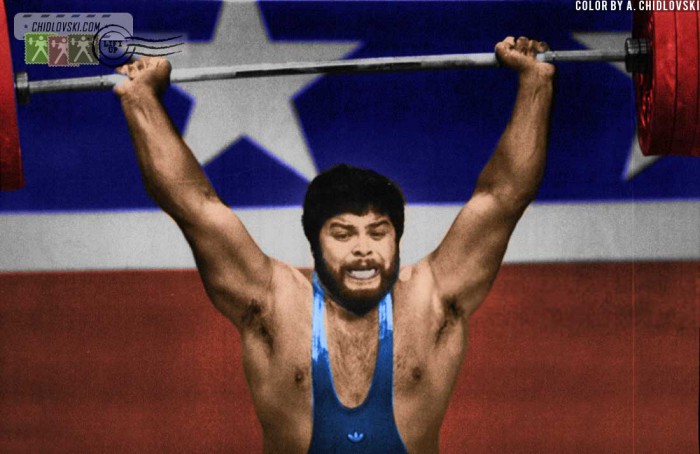 With lead East European athletes out of the competition due to the boycott of the 1984 Summer Olympics, there were many openings at the medal stands for other athletes in the world.

Mario Martinez of Team USA had a terrific night in the super heavyweight.

But one athlete hadn’t even started his clean-in-jerk program. It was Dean Lukin of Australia.

That placed him second after Martinez in the tournament. 10kg less than Mario.

And then… Lukin added 12.5kg for his second attempt and jerked 240kg overhead!