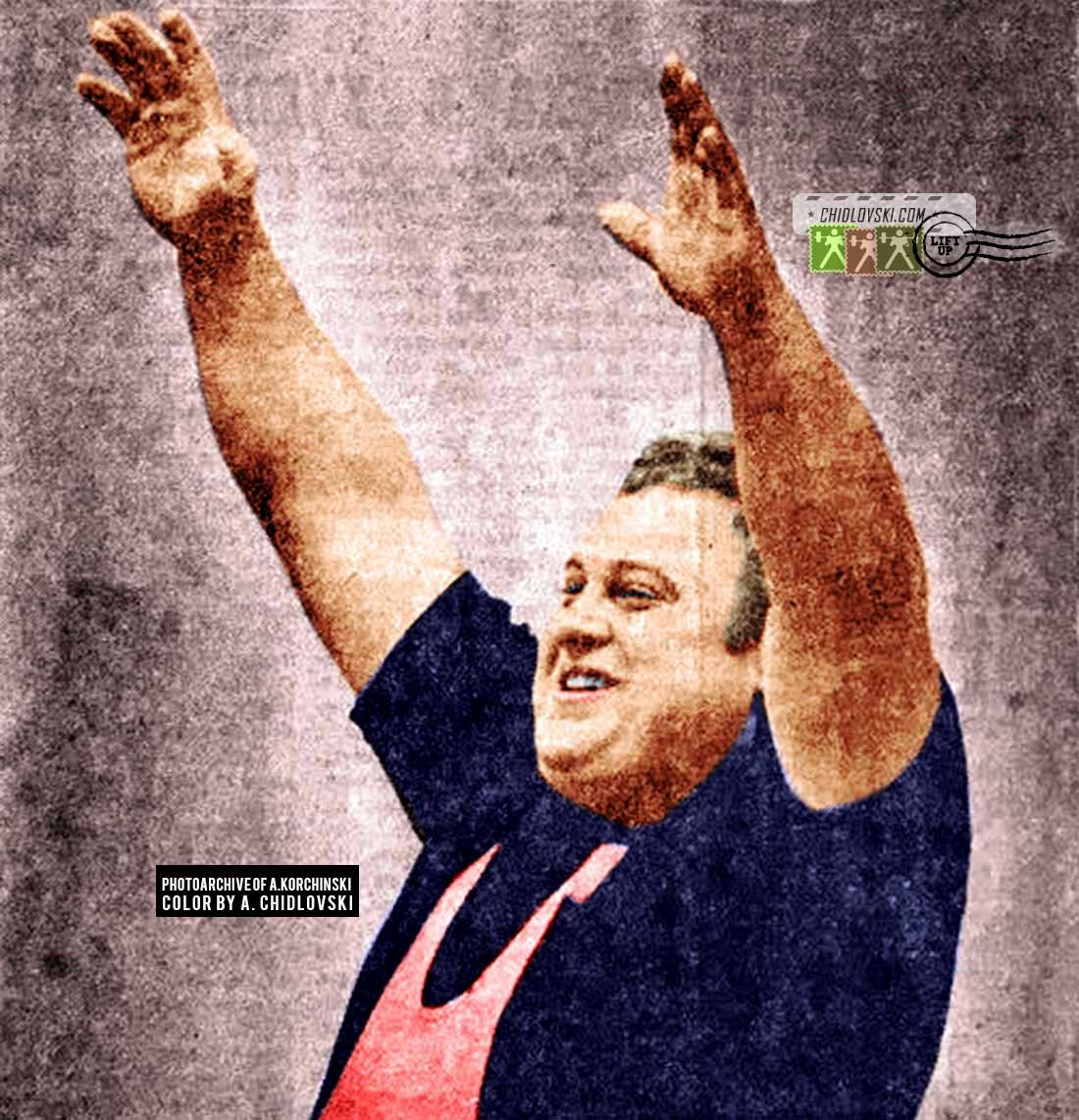 Vladimir Marchuk became the first man in the world to reach the 260kg milestone result in the world. He won the 1982 USSR Cup with a 450kg total and a gold medal in the clean-and-jerk.

The History in Color photo is based on the black-and-white clipping from the Soviet Sports Daily (collection of Alexander Korchinsky.)