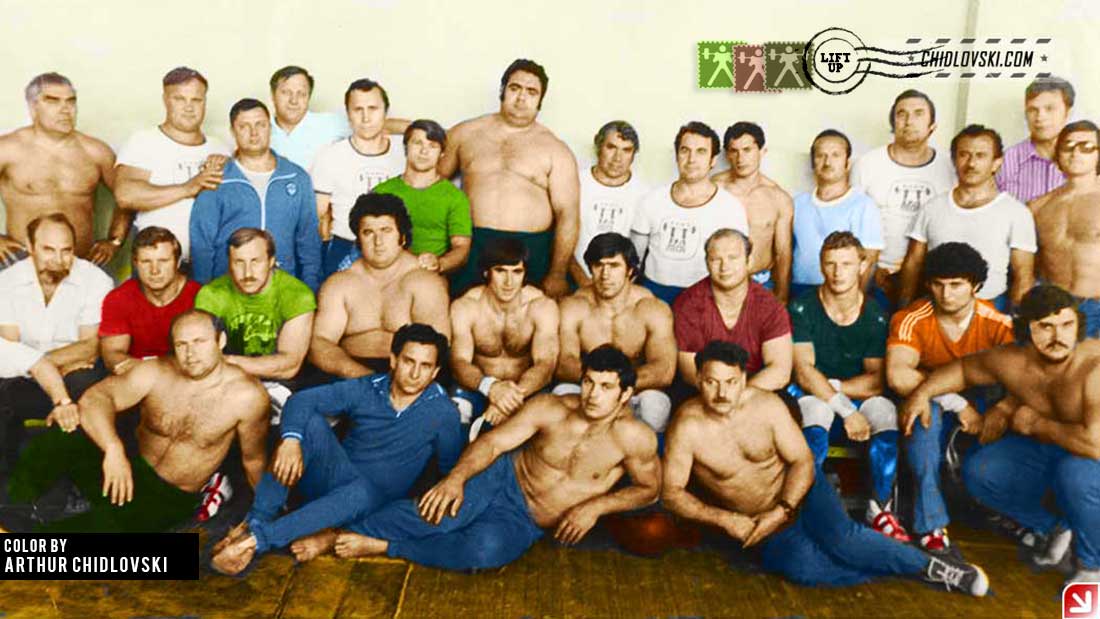 Here is more of digital enhancement of group photos of national Team CCCP from the glorious days of the Soviet Olympic weightlifting.

This time the original photo was taken during the preparation for the 1976 Summer Olympics in Montreal. The national team gathered at the training camp in Podolsk. The team is strong and deep on candidates to compete.

The previous Olympics in Munich in 1972 was a disaster for weightlifters. They were strong as never before but a few best athletes bombed out and didn’t qualify in 1972. The Olympic press lift was eliminated from the program and the 1976 Olympics were to be the first to determine the best based only on two dynamic lifts. It changes the outlook for the athletes. Strong and bulky guys are no longer in such demand as new fast and explosive type of lifters.

For corrections and/or identification of people on the photo please submit comments below.

Below is a snapshot from the history featuring the results of the 1976 USSR Championship.

For those who like to do the exercises on history study, you can identify the names of the athletes who won the gold Olympic medals in a few months after the group shot in Podolsk was taken.