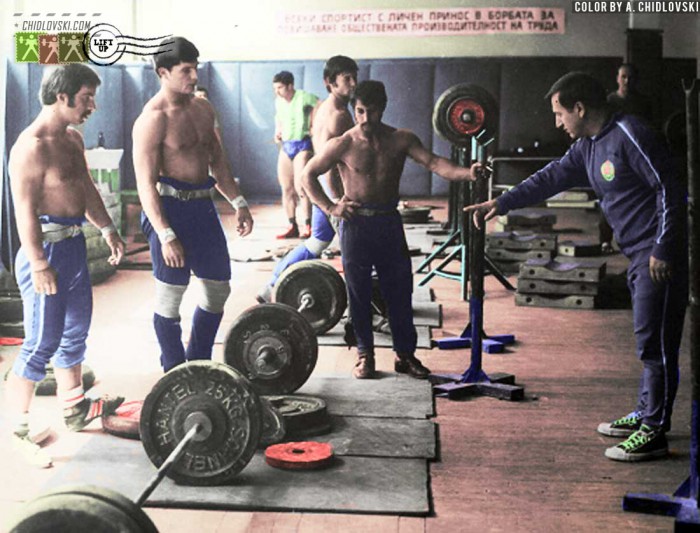 Bulgarian training methodology was a truly revolutionary look at the training and competition process in Olympic weightlifting. It was masterminded by Ivan Abadzhiev, the head coach of Team Bulgaria for 20 years (1969-1989).

One might like or dislike Abadzhiev’s methods. He is now a persona non grata in the eyes of the weightlifting federations due to the series of doping scandals with Bulgarian athletes. However, most of the lead athletes in the world actually adapted this system as the foundation of their training.

The enhanced cover photo features Ivan Abadzhiev (on the right) conducting a training session with his athletes in Bulgaria the 1970s:

While were are talking about Bulgaria, I am glad to announce that Bulgarian Championships has been added to the Lift Up project and now available in BETA version online. It was a big technical undertaking with almost 500 new profiles and new database widgets for the existing project.

So, it’s nice to report that it’s on and running now.

You might follow or not Abadzhiev’s philosophy, but it’s hard to deny the historical impact of Bulgarian lifters. Now you can study their records not only on international arena but in the national weightlifting competitions.

Hope you will enjoy it.