Foster Son of a Finch 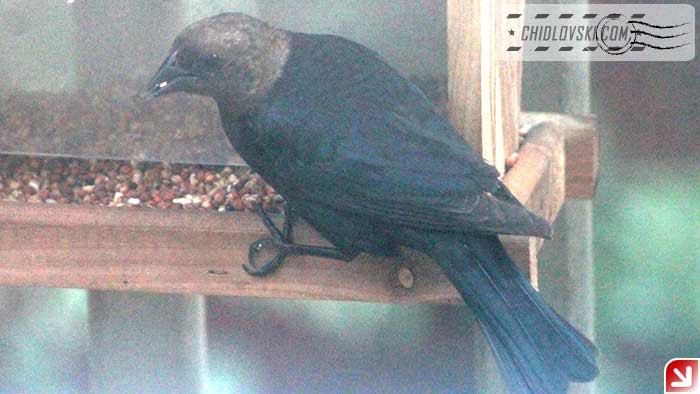 “And who are you?” we asked this fella in our backyard.

“I am a finch” replied the stranger. “House finch!”

His clarification didn’t work. He didn’t look a bit like a finch.

We looked at the brown-headed stocky blackbird again and then realized who it was.

It was the Cowbird! Cowbirds are ill famed for their “innovative” approach to raising its young.

Females skip building nests. Instead they put all their energy into producing eggs, sometimes more than three dozen a summer. Then they lay those in the nests of other birds, abandoning their young to foster parents, usually at the expense of at least some of the host’s own chicks.

So, this fella was raised by a family of finches. Perhaps, he still thinks that he is an “ugly duckling” of his family. We decided not to disappoint the guy with revealing his identity.

Now, who would be the one to tell him his real story about his parents?