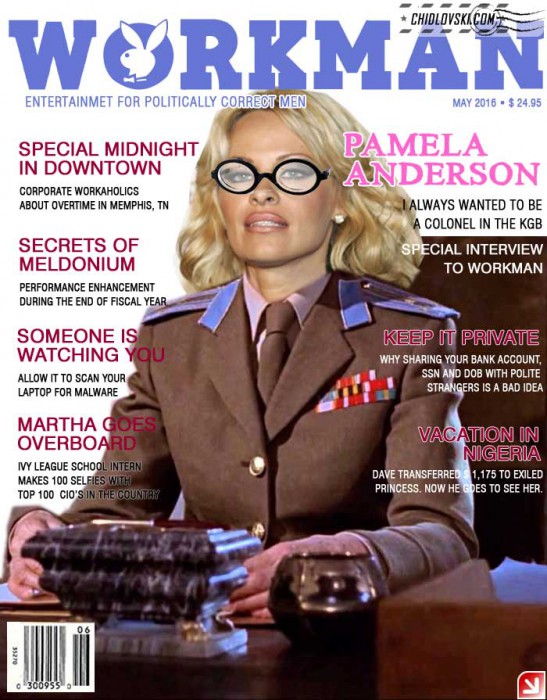 No need to pre-order the issues of this Workman magazine.

It’s not a sale pitch!

It’s just a hypothetical and politically correct alternative to the adult entertainment magazine.

It’s not really my area of expertise. Just thinking about the upcoming elections and the reason that Donald Trump got to where he is now despite what all the real political experts were saying before.

One of the things that distinctly differed Trump from his opponents is his political incorrectness. He alienated so many people and groups during his campaign that it makes me wonder how he manages to be so high in the polls.

They might change their mind later. But, as of now, they are questioning political correctness as a way to lie and play games.

Back in Russia, it didn’t exist. It still doesn’t exist over there. It’s rather a weird phenomenon of Western societies that seems to be alien for Russian authorities. Especially, for current lineup of Kremlin decision makers.

Anyway, it might be boring to listen about political correctness pros and cons. So, take a look at a hypothetical adult entertainment magazine for politically correct men.