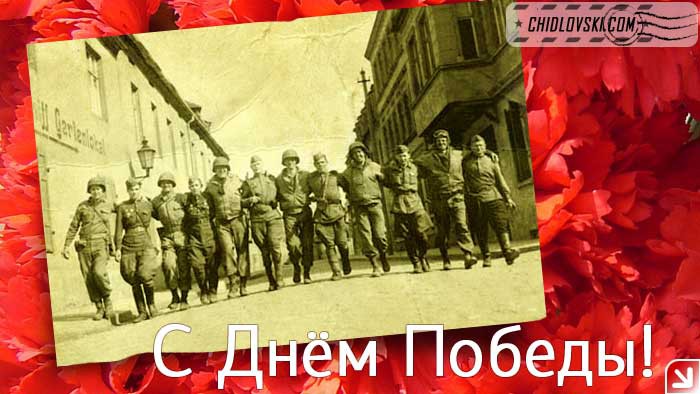 The is a big parade today on the Red Square in Moscow. Russia celebrates the 70th Anniversary of the Victory in World War II.

Back then we were on the same side. On the side of the good guys. Not sure about the latest turns and fits…

The card above was made for the original post in Russian published in May 2011.

This picture was hanging on the wall in our school in Moscow.

Those were not the best times for the Soviet American relationships. Needless to say, not the best and not the worst.

It was the time of the Cold War.

The historical moment of meeting between the 1st Ukrainian Army of the USSR and the 1st Army of the USA in Torgau on the Elbe river in northwestern Saxony in 1945 wasn’t referred to too often.

It happened on April 25, 1945. War historians note that German Army at the time was forced to split into the southern and northern parts as a result of that operation.

To us, it was a symol of joy in Victory. Symbol of strength and friendship between allies. Between the winners in the war.

Happy Victory to All!

What can I add today?