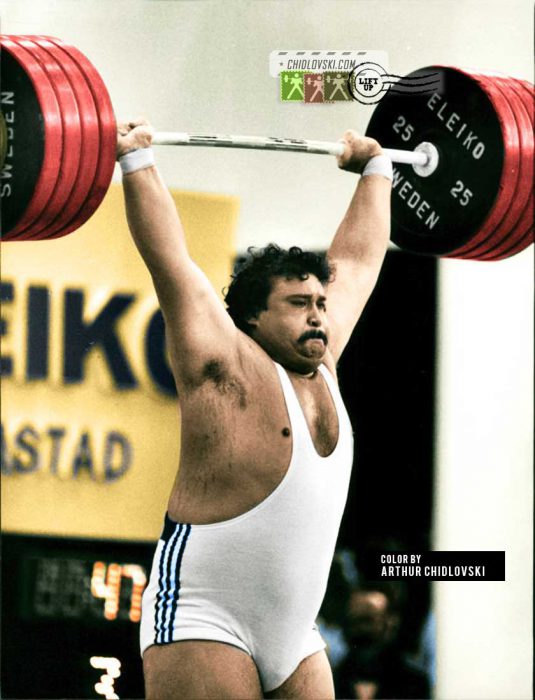 History in Color:
Antonio Krastev of Haskovo, Bulgaria for the first time in his career becomes a World Champion at the 1985 World championships in Sodertelje, Sweden.

Krastev won the tournament with the 437.5kg total. He snatched 202.5kg and jerked 235kg and won the title Sweden competing against Alexander Gunyashev of the Soviet Union and Manfred Nerlinger of West Germany.

Antonio Krastev (b. in 1961) was famous for his outstanding snatch lifting. In his career, he set 5 world records and 4 of them were snatches including his phenomenal 216 snatch that stayed as a world record  from 1987 to 2017 until Lasha Talakhadze of Georgia snatched 217kg in Split.