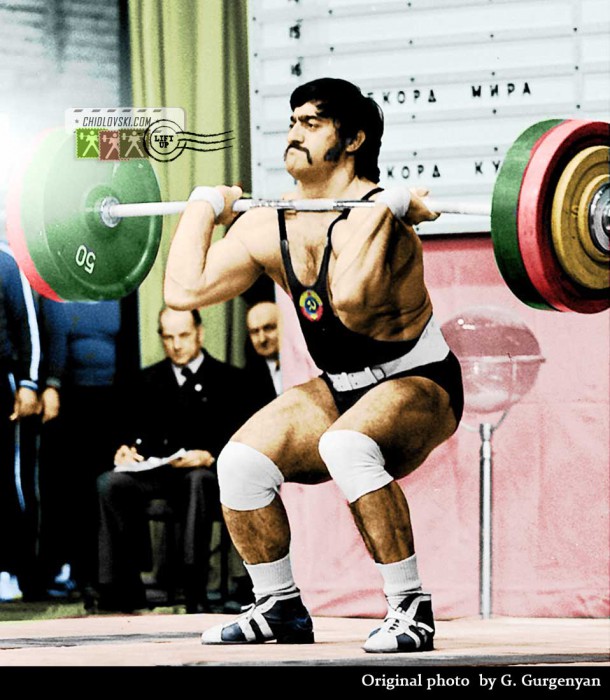 Alym Achichaev was one of the best Soviet athletes in the 100kg weight class in the late 1970s.

Besides his impressive presence on the weightlifting platform, Alym Achichaev is a historical figure. He was the first Chechen Olympic weightlifter to become the USSR champion. It took place in 1976 in Karaganda when Achichaev won the national title with the total of 380кг (172.5+207.5)!