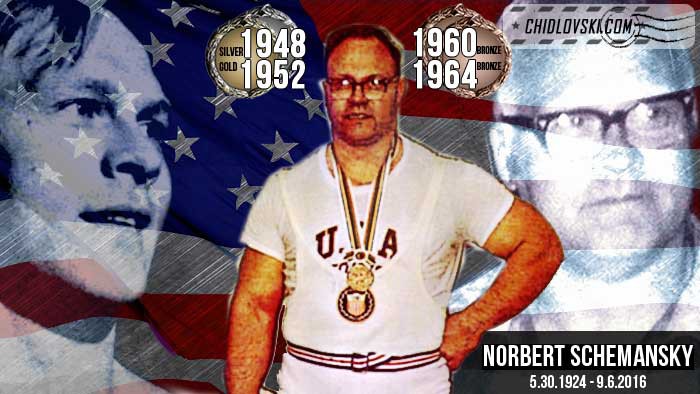 Legendary Olympic weightlifter and one of the greatest U.S. Olympians,  Norbert “Norb” Schemansky died at 92.

He was admired by fellow teammates and respected by the opponents.

He was a true inspiration for several generations of athletes.

Norbert Schemansky was a true legend.

Our thoughts and prayers are with Norb’s family now,

Husband of the late Bernice.

Norbert was inducted into both The Polish-American Hall of Fame and The Michigan Sports Hall of Fame.

He worked for Briggs, Stroh’s Brewery, and retired from the City of Dearborn as a Civil Engineer.

Visitation will be held on Friday, September 9th, 1:00 PM until 9:00 PM at the Dearborn Chapel of Howe-Peterson Funeral Home, 22546 Michigan Ave.

Service will take place Saturday, September 10th, 10:00 AM at Howe-Peterson.