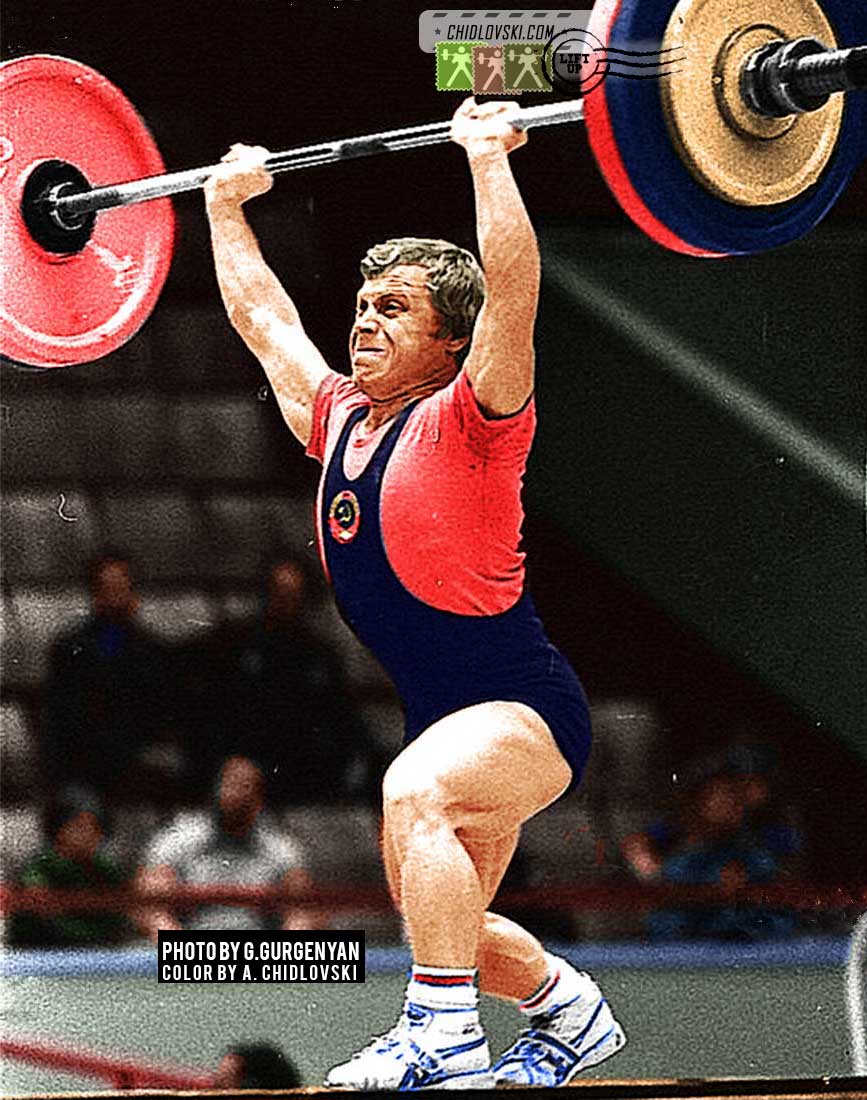 History in Color:
July 25, 1979, Leningrad, Russia – 28-year old flyweight, Olympic champion Alexander Voronin of Kemerovo, Russia goes for 137.5kg in the clean-and-jerk program in the 52kg weight class at the 1979 USSR Spartakiade and USSR Championships at the Yubileyny Arena in Leningrad.

Interestingly enough, Voronin won a gold medal but the 1st place was taken by Han  Gyong-Si, a guest lifter from the North Korea who finished with a world record in the snatch (111kg) and the best total of 242.5kg (107.5+135).