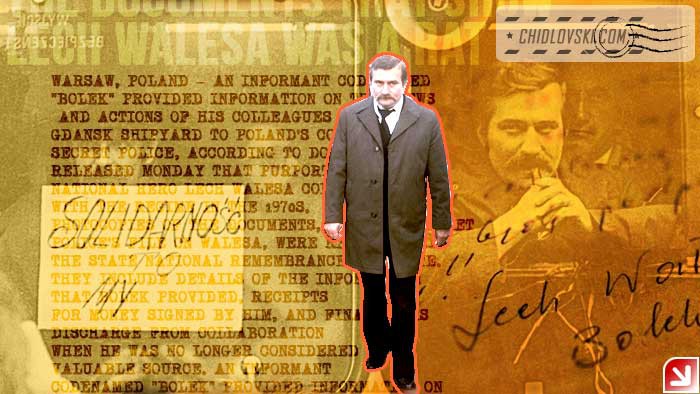 Is it true about Lech Walesa?

I have to say Lech Walesa on my personal list of heroes.

He was one of the founders of the Solidarity (Solidarność) trade union movement in Poland, winner of the Nobel Peace Prize (1983) and President of Poland (1990-1995). Lech Walesa was a cool man of the 1980s. Very down to earth, little blue color guy with a huge charisma, he led his fellow workers of the Gdansk Shipyard against the monster government at the prime of communist state in Poland.

I was a student at the Engineering Academy in Moscow and our Polish classmates told us fascinating stories about Walesa, Solidarność and how exciting it was in their country. Lech Walesa was a hero.

And now suddenly we hear that he had a double life, has a codename “Bolek” and was an informant for communist secret police all that time. Supposedly, he collaborated with the regime and was telling the authorities on his colleagues.

Walesa is 72 now and claims that these documents were forged.

Forgery or not, it does hurt that all these years we idolized someone who might have been a snitch.

Maybe, it’s better not to build the pedestals for people, not to view the falling of the heroes.

Humans are only human. They do make mistakes.

What hurts is thinking that they don’t.