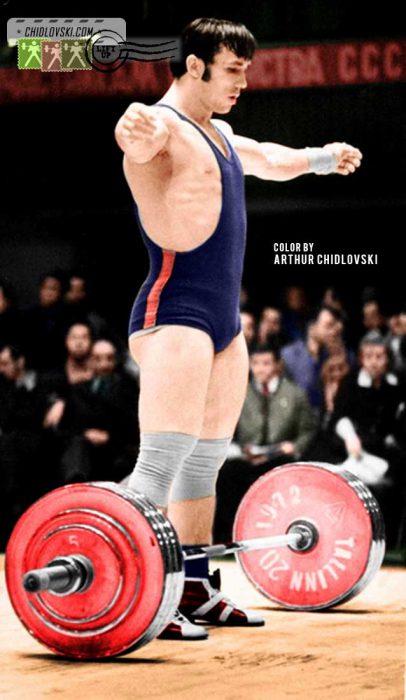 April 13, 1972, Tallinn, Estonia – 25-year old Boris Pavlov of the Spartak Donetsk club is competing in the 82.5kg class and wins a national title at the 1972 USSR Championships in Tallinn.

Pavlov won his first (and last) USSR title at 1972 USSR Championships in Tallinn with a world record – 515kg (170+150+195) in total. A month later he won the 1972 European Championships In Romania and became a very solid candidate to represent the USSR at the Summer Olympics in Munich in a highly competitive 82.5kg class.

The 1972 season seemed to mark the career high performance for Boris Pavlov. However, it ended with a disaster when Pavlov and three other major Soviet contenders for the top medals bombed out at the Olympics in Munich.