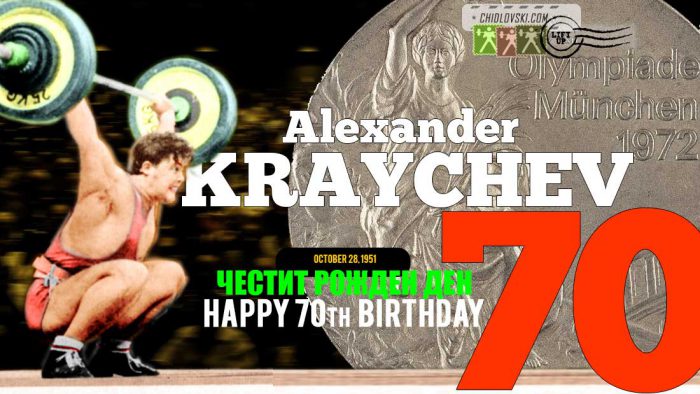 One of the international  top guns in the heavyweight class in the 1970s, Alexander Kraychev was one of the first and best graduates of  Bulgarian weightlifting school by Ivan Abadzhiev,

Alexander Kraychev won a silver medal for Team Bulgaria at the 1972 Summer Olympics in Munich with a remarkable 562.5kg total. Kraychev was a World vice champion in for three consecucutive years – from 1970 to 1972. He was a 2x European vice champion in 1970 and in 1971 and a 2x champion of Bulgaria (1970, 1972). Kraychev is also one of seven Bulgarian members of the Club 500. Dimitar Tramburdzhiev and Alexander Kraychev share the all-time best Bulgarian total of 3 lifts (562.5kg).