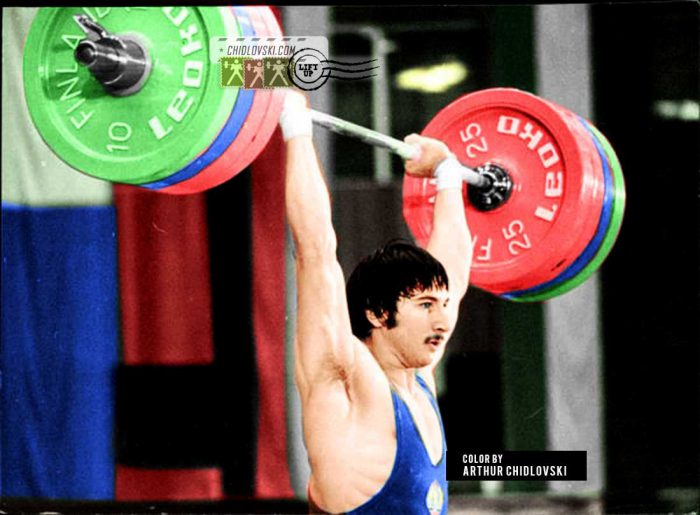 History in Color:
May 23, 1979, Varna, Bulgaria – 23-year old middleweight Yordan Mitkov of Asenovgrad, Bulgaria wins a gold medal in the 75kg class at the 1979 European Championships in Varna.

At the 1979 European Championships in Varna, Bulgaria won the first place in the team competitions with the Soviet Union and East Germany on the second and third places respectively. In the middle weight, Bulgaria was represented by Yordan Mitkov and Nedelcho Kolev. Mitkov won gold medals in both the snatch and cj lifts with a gold total of 345kg (155+190). Kolev was a silver medalist with a 337.5kg (150 + 187.5).

In his career, Yordan Mitkov managed to set 4 world records  including his last world record (197kg in cj) set five months before the 1980 Summer Olympics in Moscow.