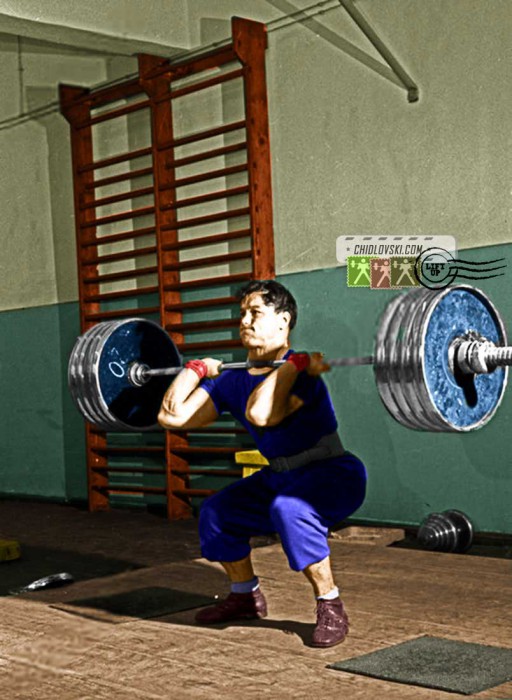 One of the strongest middleweight lifters of the 1960s, Alexander Kurynov performs clean-and-jerk lift in training.

Kurynov won the Olympic gold medal when he managed to win over the legendary Tommy Kono of Team USA at the 1960 Olympics in Rome.

Alexander Kurynov (1934-1973) of Kazan, Tatarstan was one of the most solid and reliable Soviet lifters of the time.