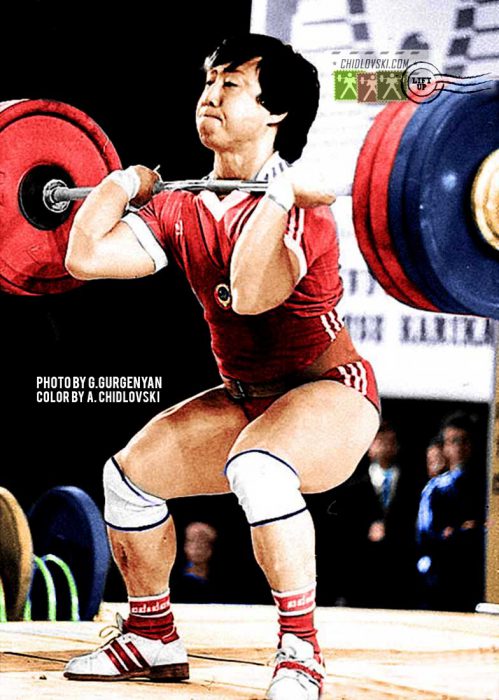 The total of 392.5kg by Sergey Lee at the 1988 Friendship Cup was his all-time personal best.