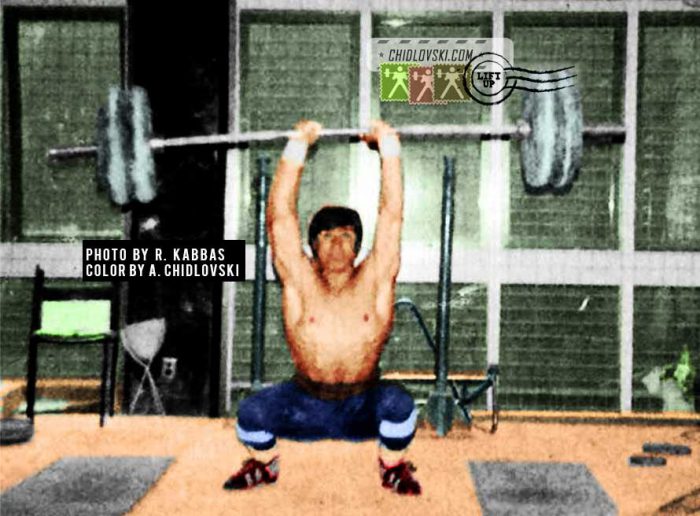 David Rigert was a super star of the Soviet Olympic weightlifting and the original black-and-white photo by Robert Kabbas depicts Rigert using one of many supporting lifts that were a distinct part of classic Russian training methodology for decades.

David Rigert managed to set a new world record at the tournament in Christchurch, New Zealand.

For over 4 years Rigert competed in the 90kg class. Being out of his top shape in January, he decided to appear in the light heavyweight class at the invitational tournament in Christchurch, New Zealand.

He didn’t disappoint the organizers and set a new world record in his 1st attempt when he snatched 165kg (double bodyweight!) in the 82.5kg class.