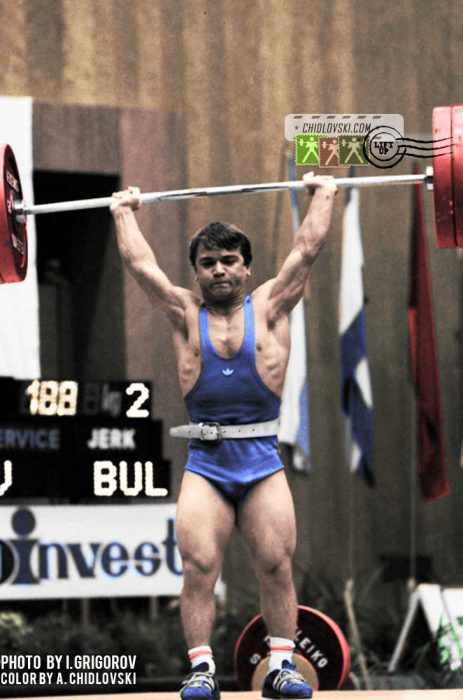 November 9, 1986 – 19-year old Naim Suleymanoglu competes for Bulgaria and lifts a 188kg world record in clean-and-jerk at the 1986 World Championship in Sofia, Bulgaria.

The “Pocket Hercules” was a featherweight lifter at the time and lifted a weight three time heavier than his bodyweight.

There were only 5 more other athletes in the history of Olympic weightlifting that were able to lift 3x bodyweight.

Needless to say, Naim Sulemanolglu did it on several occasions and the world record on our “History in Color” cover photo wasn’t the first time for him.

In the bantamweight (56KG)

In the featherweight (60KG)