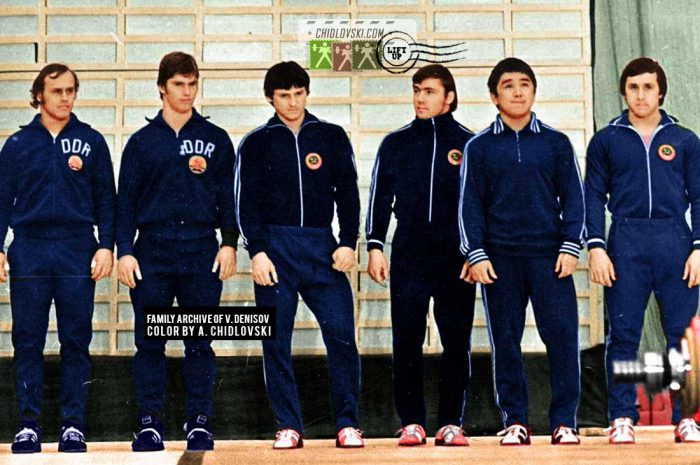 History in Color:
March 23, 1979, Leningrad, Russia, USSR – Middleweight athletes are lined up for the introduction before the beginning of the competition in the 75kg weight class at the 1979 USSR Spartakiade in Leningrad (left to right):