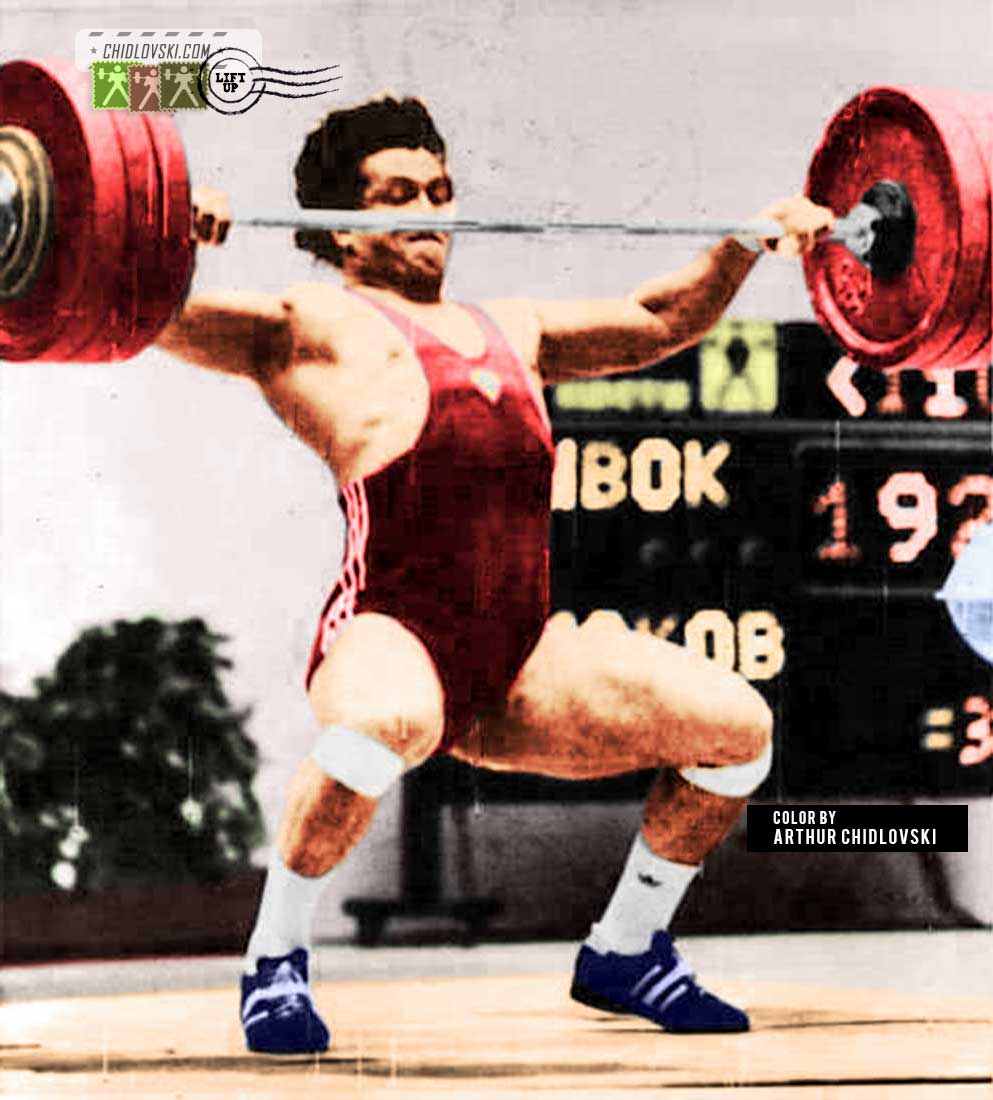 History in Color:
Moscow, October 30, 1983 –24 year-old Soviet heavyweight Vyacheslav Klokov is performing a 192.5kg snatch lift while competing in the 110kg weight class at the 1983 World Championships in Moscow.

Vyacheslav Klokov (b.1959) won the world title in the 110kg weight class that night at the Izmailovo Weightlifting Arena in Moscow.

In his career, Klokov set 7 world records and 4 of them were set at the 1983 World Championships.