Behdad “Salimi” Salimikordasiabi of Iran was eliminated from the pursuit of his second Olympic title after failing to clean-and-jerk 245KG at the 2016 Summer Olympics in Rio.

The attached video features all three attempts to lift 245KG by Salimi. The first got 2 red lights out of 3. The second lift was successful and got all 3 white lights but was ruled out by the jury as “no lift”.

The decision caused reasonable questions and, by all means, requires a public clarification from the officials. We went to the iwf.net for the official interpretation of the event but the site was hacked down.

While waiting for the IWF site to be back, we can review the video of failed clean-and-jerk lifts by Behdad Salimi in Rio last night. 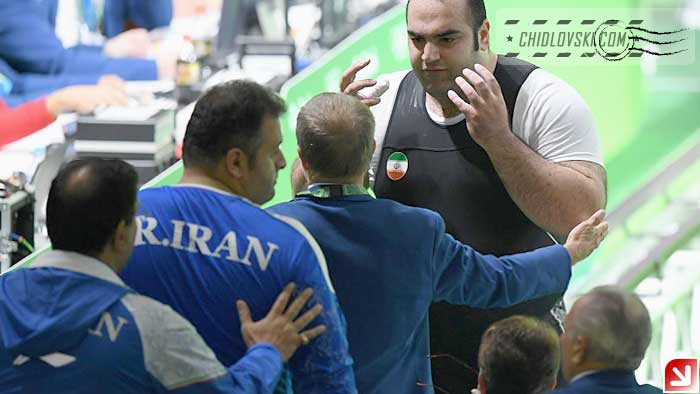