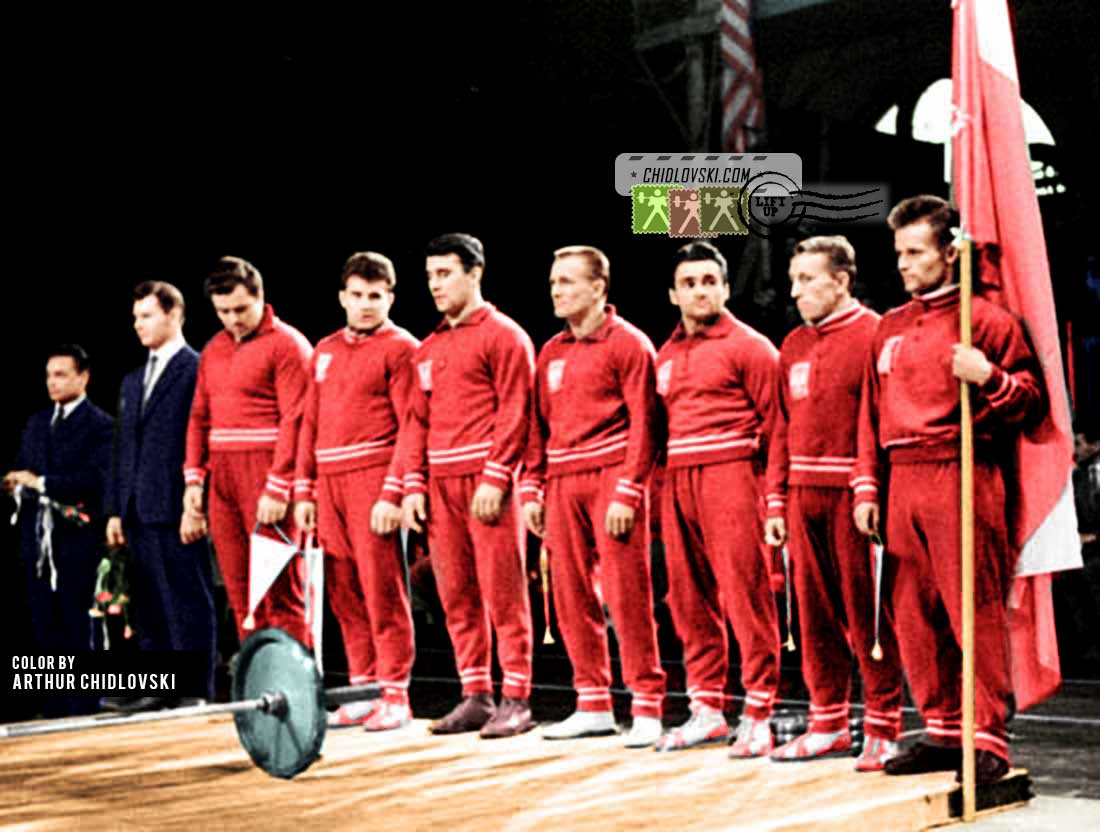 In many ways, the year of 1959 was a milestone in the history of Polish Olympic weightlifting. 60 years ago, it was a huge break through for weightlifting in Poland.

For the first time, World Championships tournament was held in Poland.

The 1959 World and European Championships took place on September 29, 1959 – October 4, 1959. There were 85 elite athletes from 20 countries and Team Poland had an outstanding performance at the Gwardia Hall in Warsaw. They won the second place among the nations in the World – behind the Soviet team and above the U.S. weightlifting squad:

At the Europeans Championships, the team results were:

60 years ago in Warsaw, it was a massive win that brought Poland to the very top of the weightlifting world. Poland became one of the lead weightlifting nations for decades to come.

On the cover photo:

Warsaw, Poland, 1959 – National Team Poland is lined up for the introduction before the beginning of the USA vs. Poland weightlifting match in Warsaw (left to right):