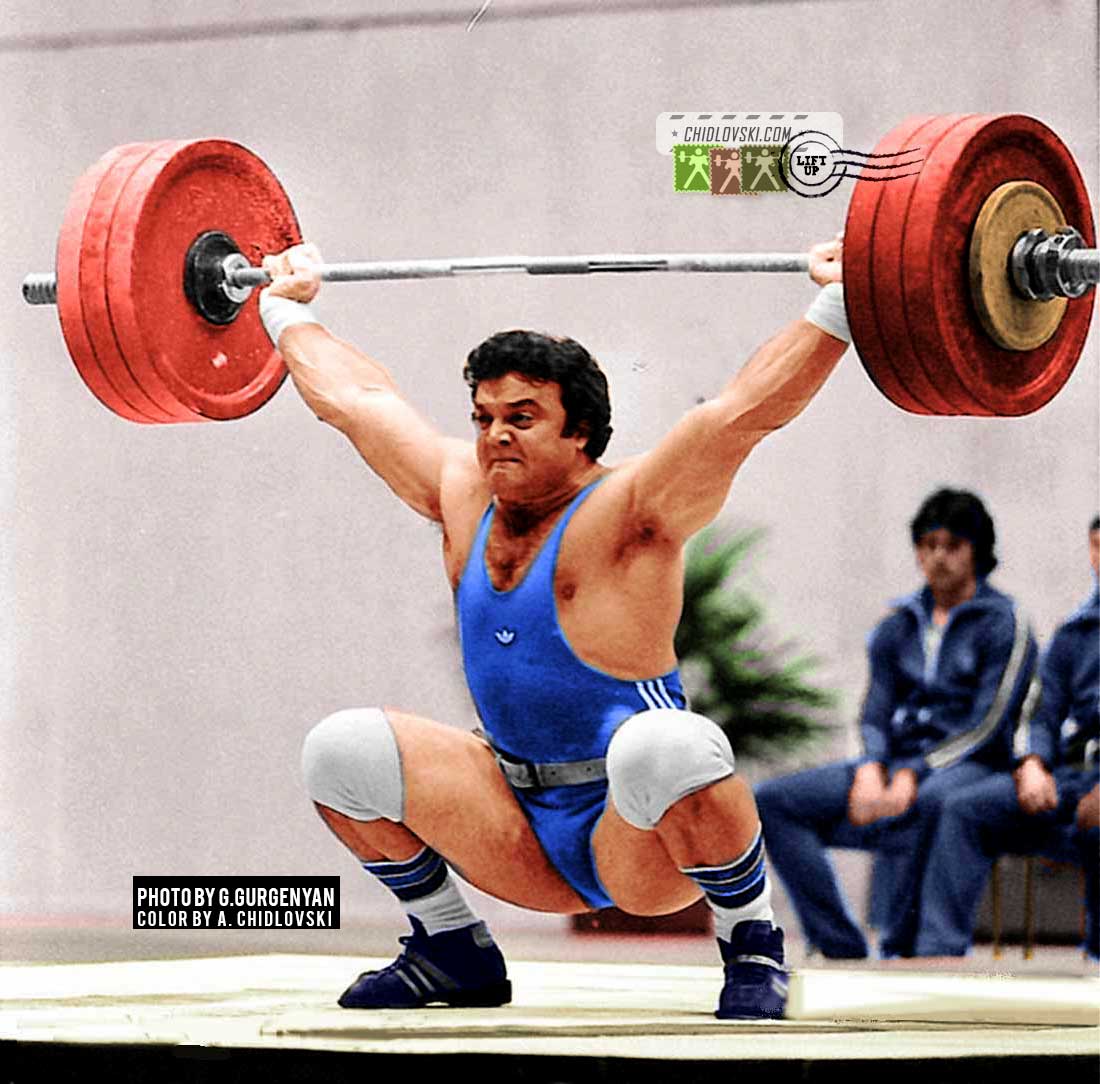 History in Color:
October 28, 1983, Moscow, Russia – 27-year old middle heavyweight Blagoy Blagoev of Team Bulgaria  performs his magic in the snatch lifting in the 90kg weight class at the 1983 World and European Championships in Moscow.

Blagoy Blagoev (b. 1956) needs no special introduction for true followers of the Iron Game. In fact, my bet is that many would name him as the best weightlifter of their choice.

Blagoev was a true magician of snatch lifting. In his career, he set 18 world records. 13 of them were in the snatch.

His last snatch world record was 195.5kg in the 90kg weight class. It was set on May 1, 1983 in Varna and still remains the heaviest weight ever snatched by middle heavyweights!

Blagoy Blagoev was a 2x Olympian. He represented his native country Bulgaria at the Summer Olympics in Montreal (1976) and in Moscow (1980). He won a silver Olympic medal in the light heavyweight 1980.