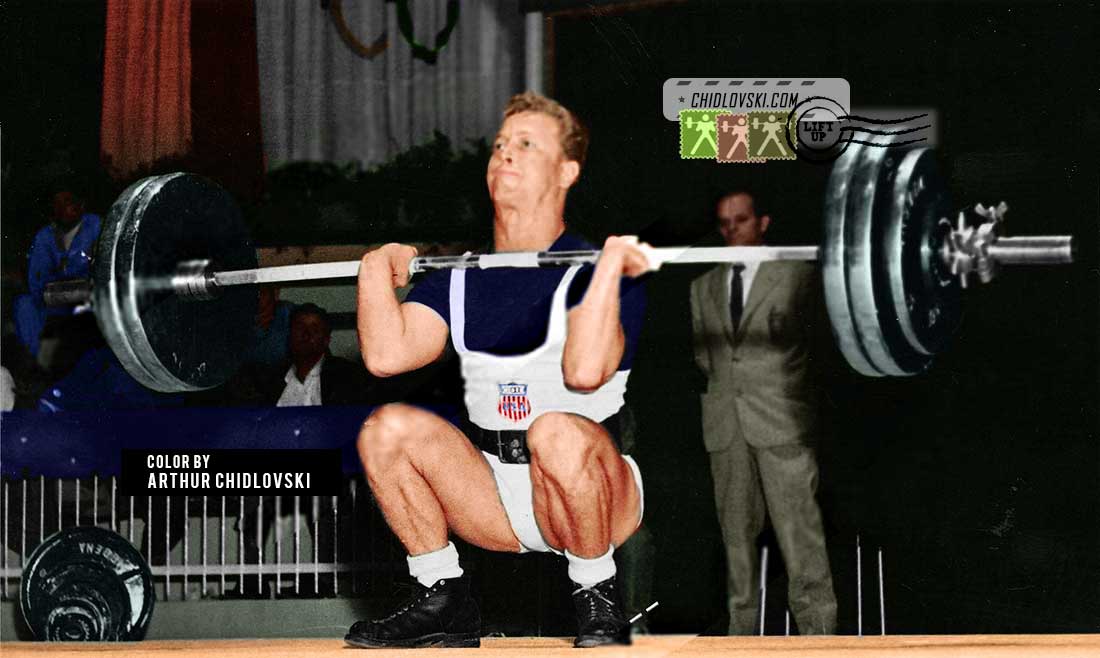 Isaac “Ike” Berger is one of all-time greatest legends in the world of Olympic weightlifting. He competed for the York Barbell Club and was on the top of the Iron game in the late 1950s – mid 1960s with the Olympic gold in 1956 and 2 silvers in 1960 and 1964. Berger also won 2 world titles and set 6 world records.

In 1956, Berger won the gold against Eugene Minaev of the Soviet Union. In 1960, the medal share reversed – Minaev won a gold medal and Berger took the silver.