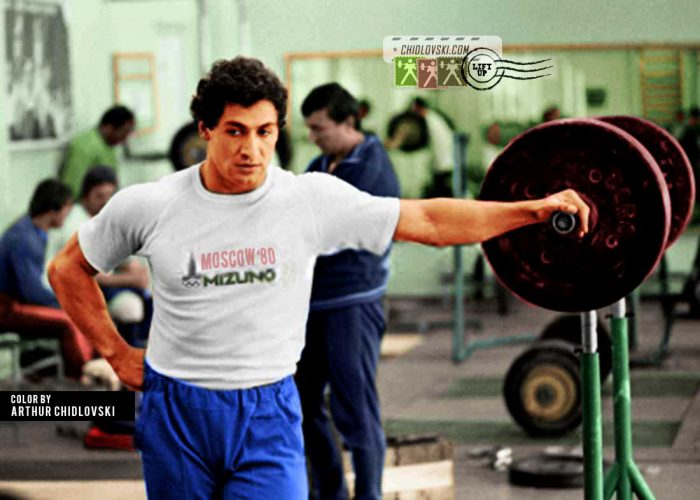 History in Color:
September 1, 1981, Podolsk, Russia – With two weeks left to the opening of the 1981 World Championships in Lille, France, legendary light heavyweight Yurik Vardanyan of Leninakan (Gyumry), Armenia is training with the Team USSR weightlifting in Podolsk, Russia.

Just a year ago, Vardanyan became an Olympic champion with 5 world records in the 82.5kg weight class at the 1980 Summer Olympics in Moscow.

Now, it was a new challenge to come – the 1981 World Championships.