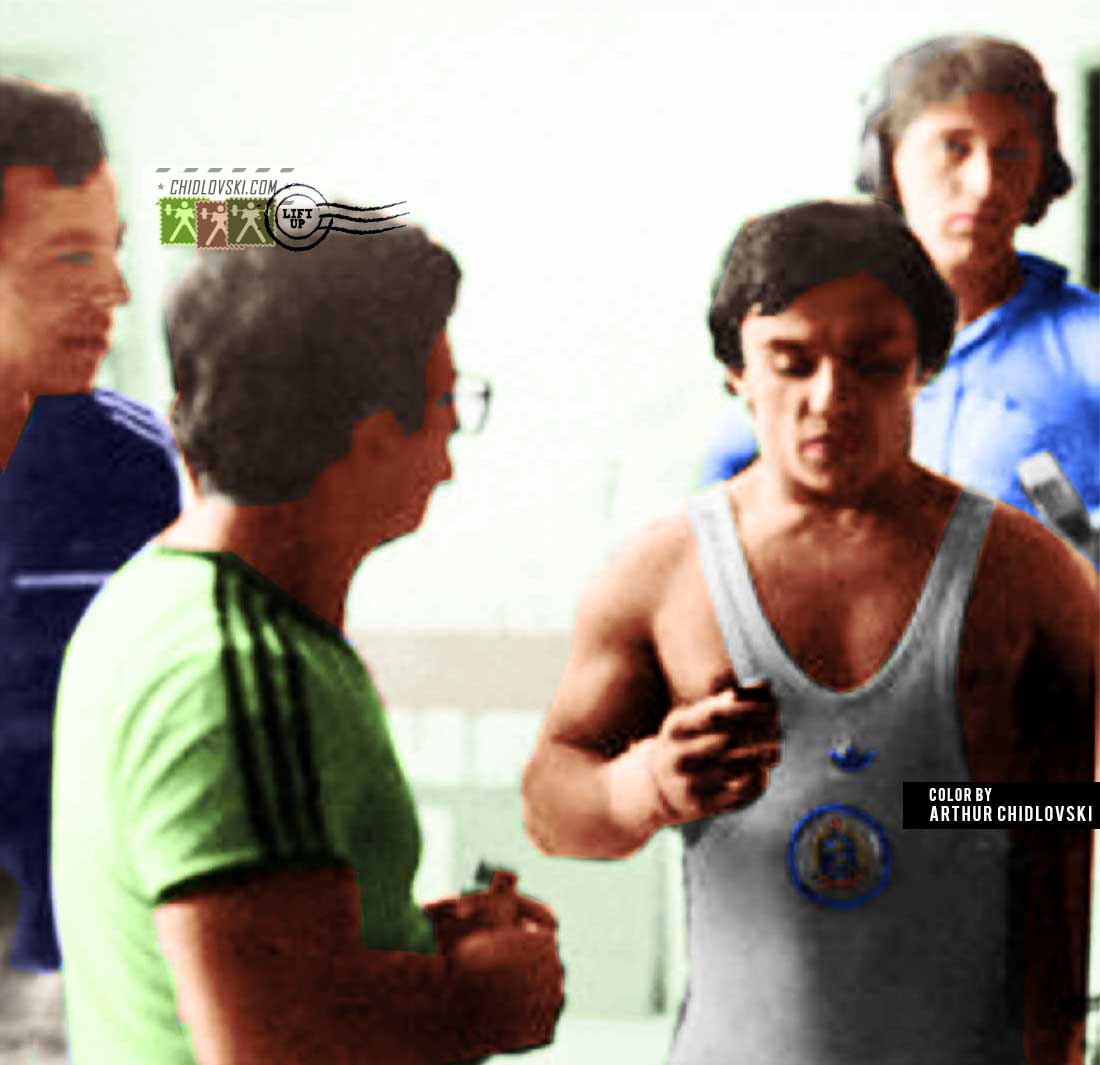 Instead of going to LA, Bulgaria, Soviet Union and most of the Eastern block athletes competed at the 1984 Friendship Cup in Varna. Anton Kodzhabashev competed in the featherweight class and won the 3rd place with a 295kg total. His teammate Stefan Topurov took the first place (322.5 kg total and 5 world records overall) and Yurik Sarkisyan of Armenia, USSR was on the second place (315kg).