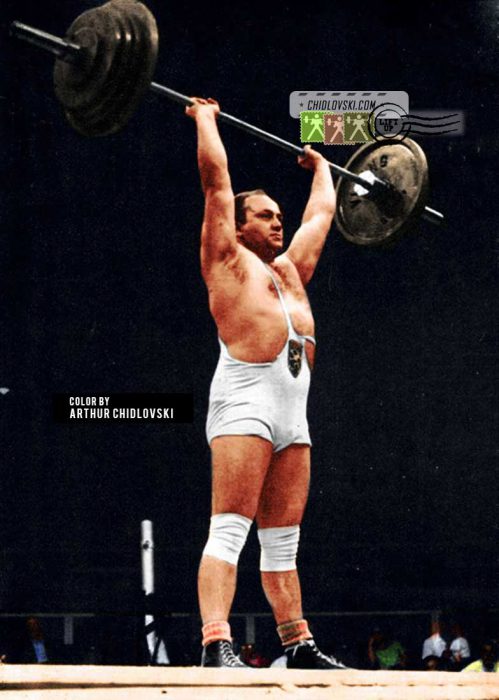 History in Color:
Robert Allart (born in 1913) was the finest Belgian Olympic weightlifter of the first decade after the end of the World War 2.

He competed in the heavyweight class and represented Belgium at two Summer Olympics – in 1948 and 1952.

Robert Allart’s strongest lift was his press and he was always remembered as a gentleman on and off the competition platform..