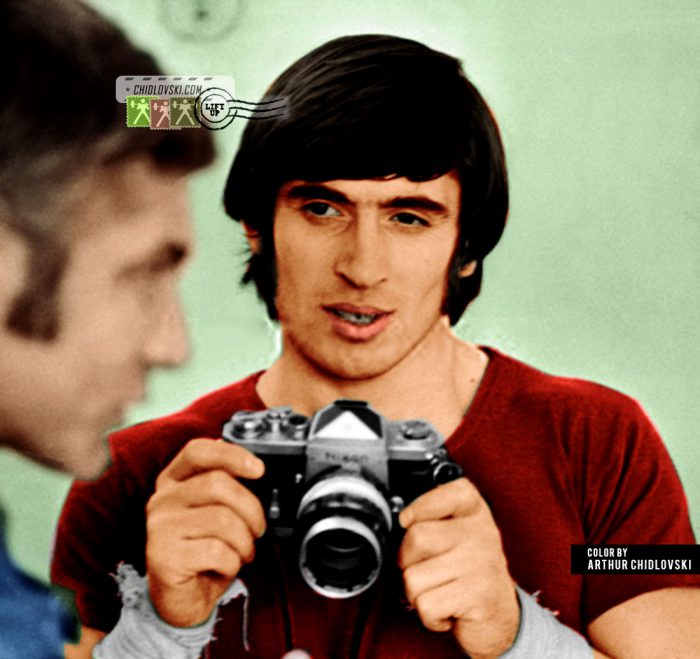 The History in Color series features Vartan Militosyan as a cameraman in the training camp of the Soviet national weightlifting team in 1977.

Today, the analog cameras of that time might look as an antique artifact of the past.

No memory sticks. No selfies.

And it’s an ageless glory of a great weightlifting champion!

Vartan Militosyan (1950-2015) was one of the best middleweight athletes in the World in the second half of the 1970s.

He was an Olympian and won a silver medal in the 75kg class at the 1976 Summer Olympics in Montreal.

It was a historical moment – on July 22, 1976, Militosyan became the first Olympic weightlifter of Armenia to win an Olympic medal!

In his career, Vartan Militosyan authored 4 world records in the 1970s.