Unbelievable but true… this guy used to do on stage stand-up and improv for a living.

On the average, he could keep this audience laughing for a stage act of about 45-60 minutes. After that, it was becoming too much. Either audience was getting tired of him or the other way around 🙂

Anyway, if for some reason you get an urge for oldtime stand-up  in Russian, he it goes…

Special thanks to Mr. Bernard Waxman for transferring the film to DVD.
It’s a blast to see my old stand-up routines from 25 years ago! 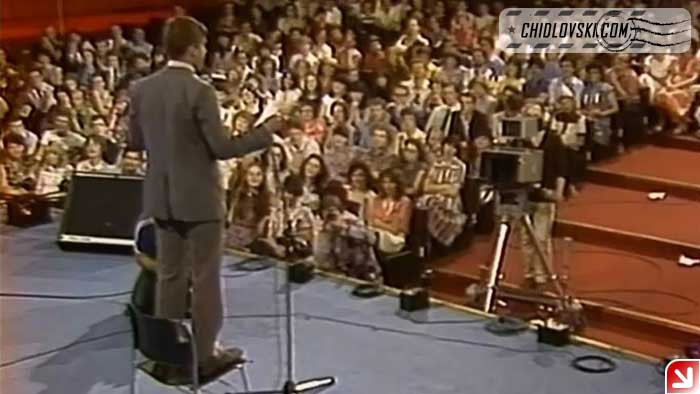