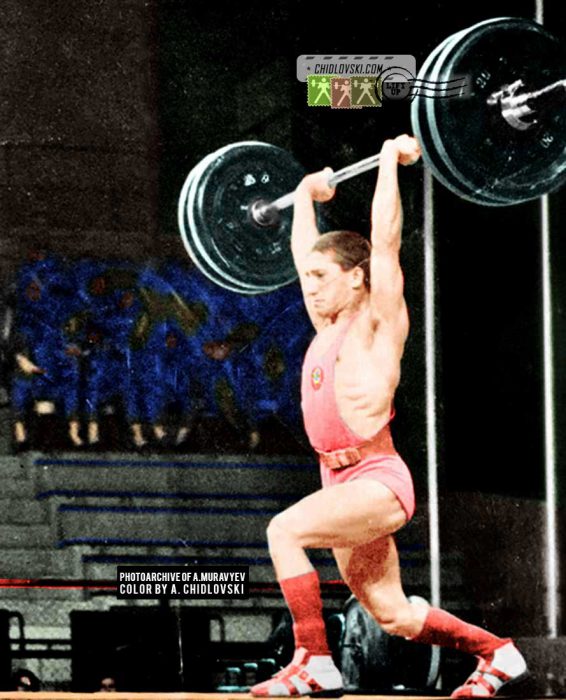 Vitaly Danilchenko (born in 1956) is a milestone athlete in the history of Soviet and World Olympic weightlifting.

He was the first Soviet athlete who managed to win the gold at the Junior World Championships. It happened in 1975 when an 18year-old flyweight Danilchenko won a gold medal in the 52kg class with a 205kg (90+115) total.

Here is the list of the 1975 Junior World Champions: