Jim George (USA): Winning His 1st Medal at the Worlds in Munich in 1955 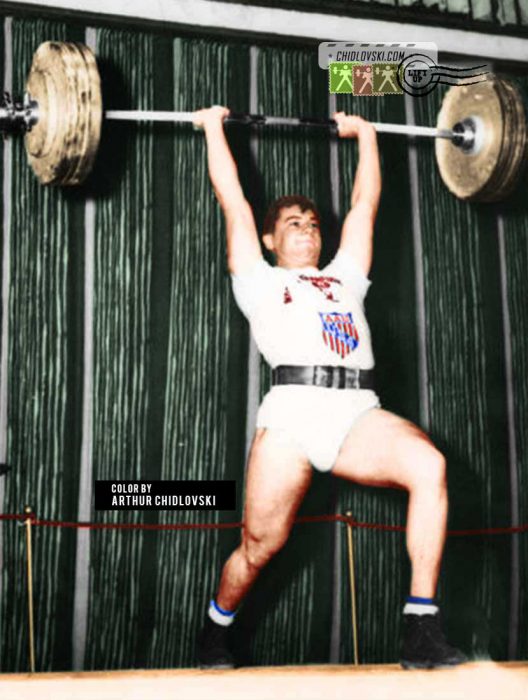 History in Color:
October 15, 1955, Munich, Germany – 20-year old Jim George of Acron, Ohio, USA competes in the clean-and-jerk lifting in the 82.5kg weight class and wins a bronze medal at the 1955 World Championships in Munich.

Jim George (born in 1935) was one of the world class athletes of the legendary Team USA of the Bob Hoffman’s era in this sport. Bronze medal in Munich was his first medal at the World Championships.