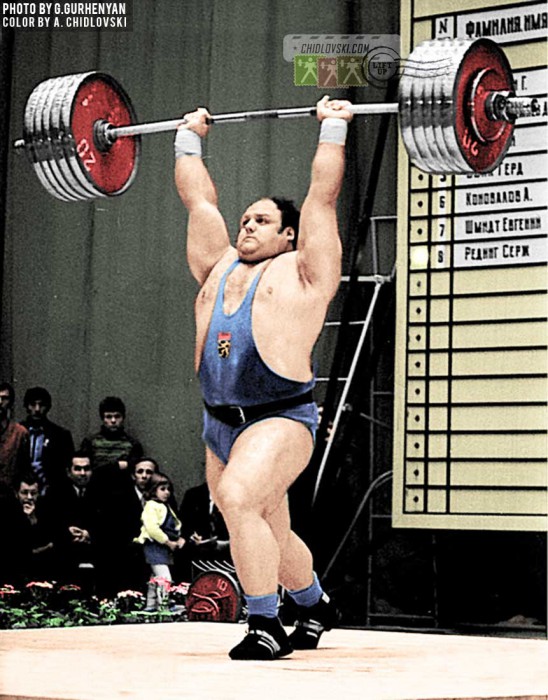 The original black-and-white photo was donated exclusively to the History in Color project @Lift Up by its author Gogi Gurgenyan. We are pleased to introduce the world wide premiere of this photo.

Gogi Gurgenyan is a former weightlifter and one of the best photographers of the Soviet era in Olympic weightlifting. His photos of the weightlifting events and legends from 1960s to 1990s are absolute historical treasures of this sport. It’s a huge honor and pleasure to work with one of the classics of Soviet weightlifting photography.

As for Serge Reding, I doubt that he needs a special intro for the Iron Game followers. He was one of the best super heavyweights of the 1960s and up to his tragic death at the age of 34 in Manila.

As a historical reminder, there were only 5 athletes in the world that had their membership in the Club 600. Besides Reding, those were Vasily Alexeev (USSR), Rudolf Mang (Germany), Ken Patera (USA) and Stanislav Batishchev (USSR).