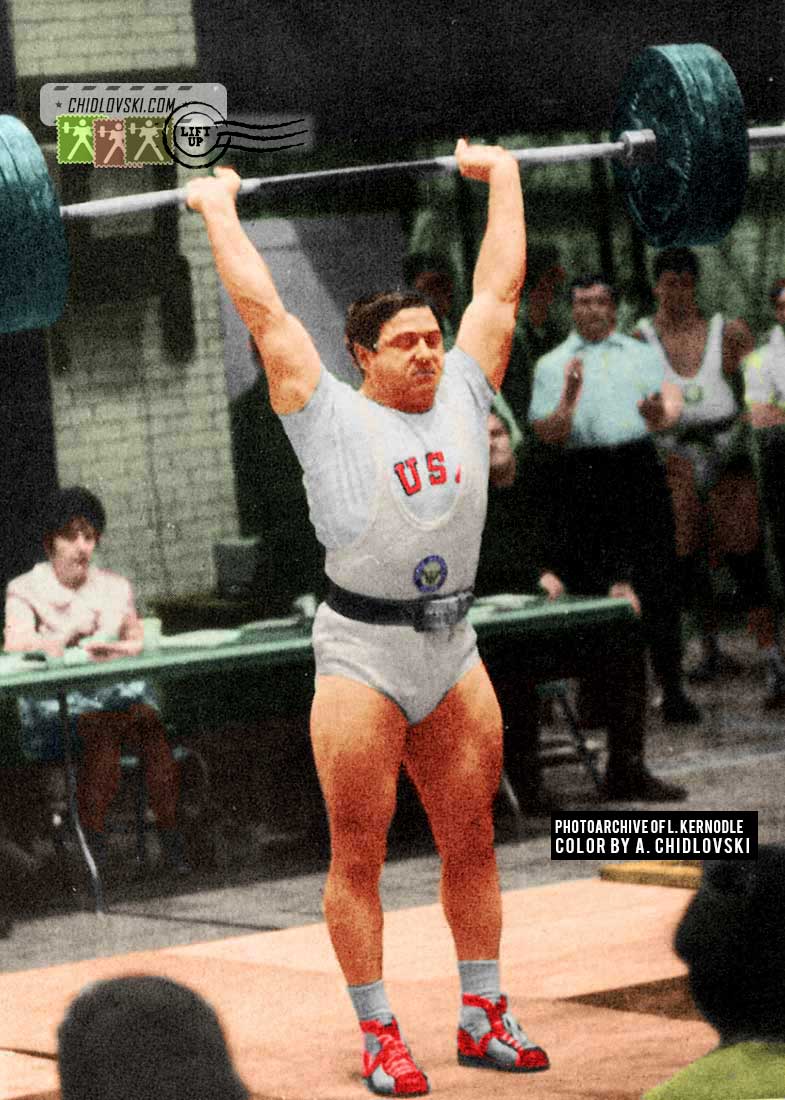 History in Color features a member of the international 500 Club and a world record holder, remarkable heavyweight Frank Capsouras of Team USA Weightlifting.

Frank Capsouras (b. 1947) is a native of Hackensack, NJ and competed for famous U.S. York Barbell Club.

Frank also won a bronze medal for the United States at the 1975 Pan American Games in Mexico City.

On the national level, Frank Capsouras established himself as a contender from his teenage days. He won the USA Nationals in 1969 and 1972.