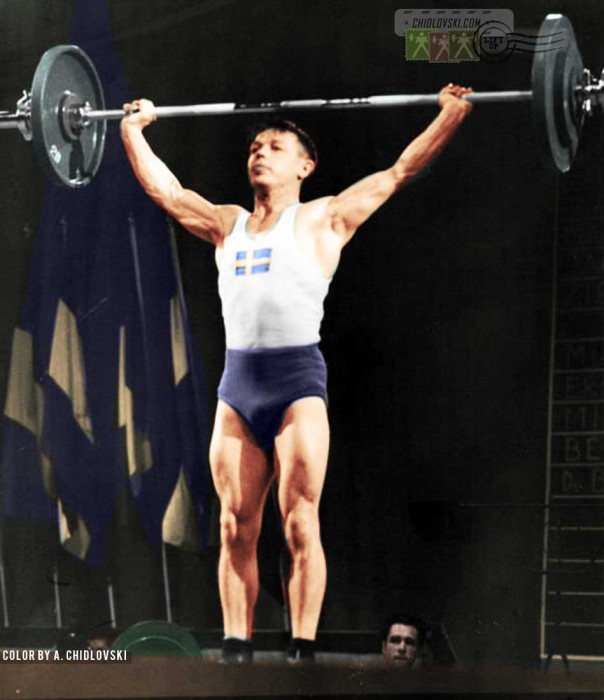 Einar Ericsson (1921-2009, seen on the History in Color cover) was one of the most distinguished Olympic weightlifters of Sweden in the 20th century.

A year later, at the 1953 World Championships in Stockholm he improved significantly. He added 17.5kg to his previous year total and won a bronze medal.

Also in his career, Einar Ericsson won two bronze European medals in 1950 and 1953.

He trained in the Sundbybergs weightlifting club and, as much as I can tell by archival photos, was a pretty charismatic person.