Alexander Bozhko in the 1930s 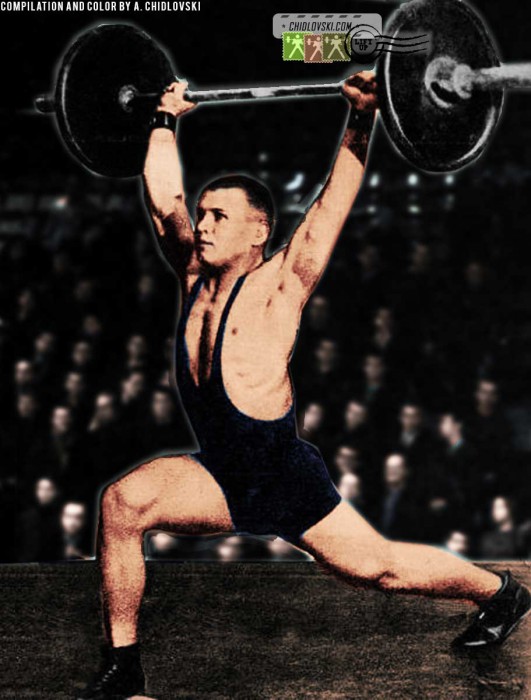 History in Color series features one of the key athletes of the early period in the history of Olympic weightlifting in the Soviet Union, light heavyweight Alexander Bozhko (1915-1977) while he is performing a clean-and-jerk lift in the 1930s.

We wrote about Alexander Bozhko in the previous articles. He was an outstanding athlete, won USSR Championships medals 10 times from 1936 to 1947, won USSR titles in 1940 and 1943 and set 23 national records. He was a European vice-champion in 1947.

Later Bozhko became an outstanding coach. He was the head coach the Army Weightlifting, coached Team CCCP and worked with Team Romania.