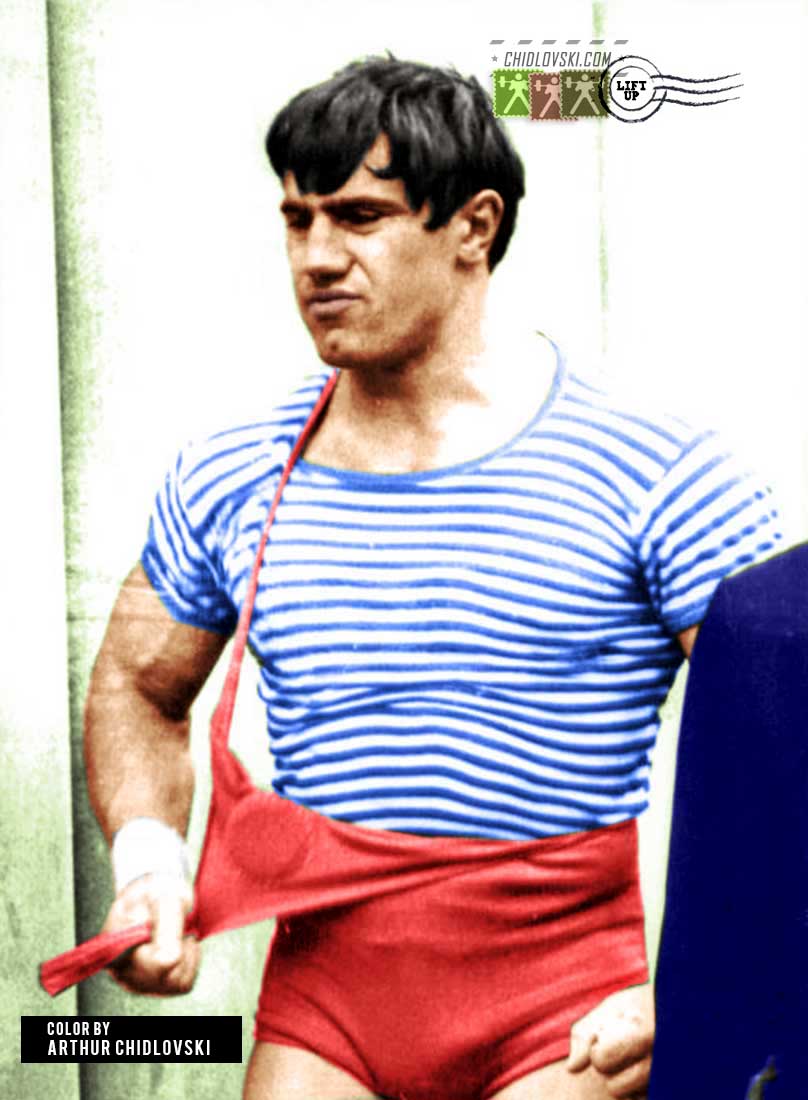 The History in Color photo depicts, perhaps, one of the saddest moments in the sports career of legendary David Rigert.

He was eliminated from the competition in the middle heavyweight class at the 1972 Summer Olympics in Munich, Germany.

Rigert just bombed out in his third try to snatch 160kg and was absolutely devastated. The original black-and-white photo came from the Swedish newspaper with the comment “Soviet Union’s David Rigert is seen tearing his short off after loosing the Gold medal” (September 4)