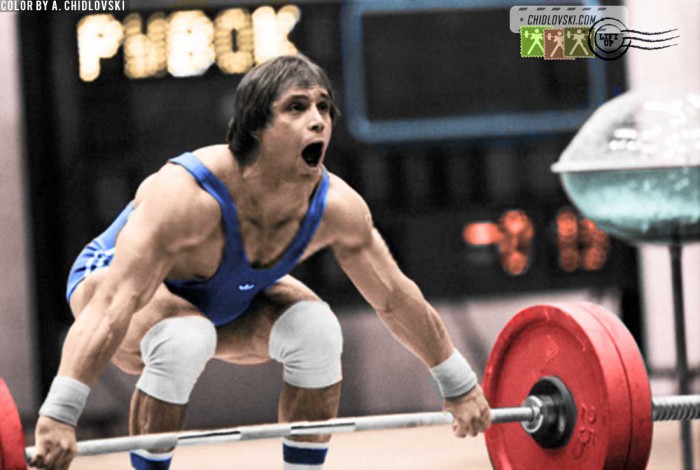 On the cover “History in Color” photo, legendary Bulgarian lightweight and middleweight Yanko Rusev competes in the snatch lifting at the 1983 World Championship in Moscow.

In 1977, 19-year old Yanko Rusev became a vice champion of the World in the 60kg class and managed to set a clean-and-jerk world record in the 4th attempt (165kg).

The young Bulgarian teenager grew into a true legend of the 67.5kg and the 75kg class.

The photo captures Rusev after his return to the lightweight after two years of competing in the middleweight. He lost the 1983 WC battle for gold to Joachim Kunz of East Germany. It happened to be the last World Championship in Yanko Rusev’s career.

Due to the boycott of the Summer Olympics in LA, Yanko Rusev didn’t compete in the 1984 Olympics. Instead, he won the alternative Friendshio Cup in Varna with the 337.5kg total (145+192.5).