Swiss Sharp Lifter of the 1970s 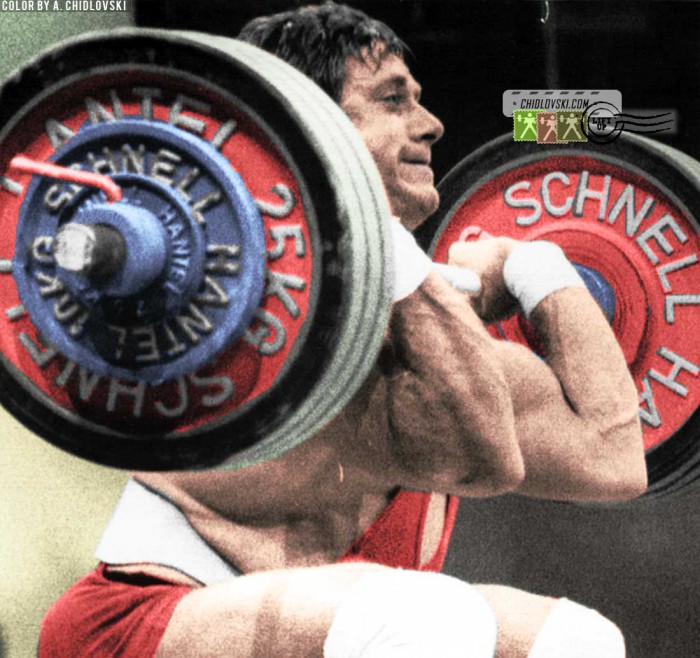 History in Color:
September 24, 1977, Stutthart, Germany – Michel Broillet of Switzerland competes in the 100kg weight class at the 1977 World and European Championships in Stuttgart.

Michel Broillet (b. 1944) was one of the top contenders to the medal stand in the competitions of the 1970s.

In many ways, he was a unique athlete. Unlike most of the champions of the time, Broillet wasn’t a professional athlete. He had a day time job and trained for about 8-10 hours per… week in the after hours.

At the 1977 World and European Championships in Stuttgart, Broillet won a gold medal in the snatch (170kg) in the newly created sub heavyweight class.