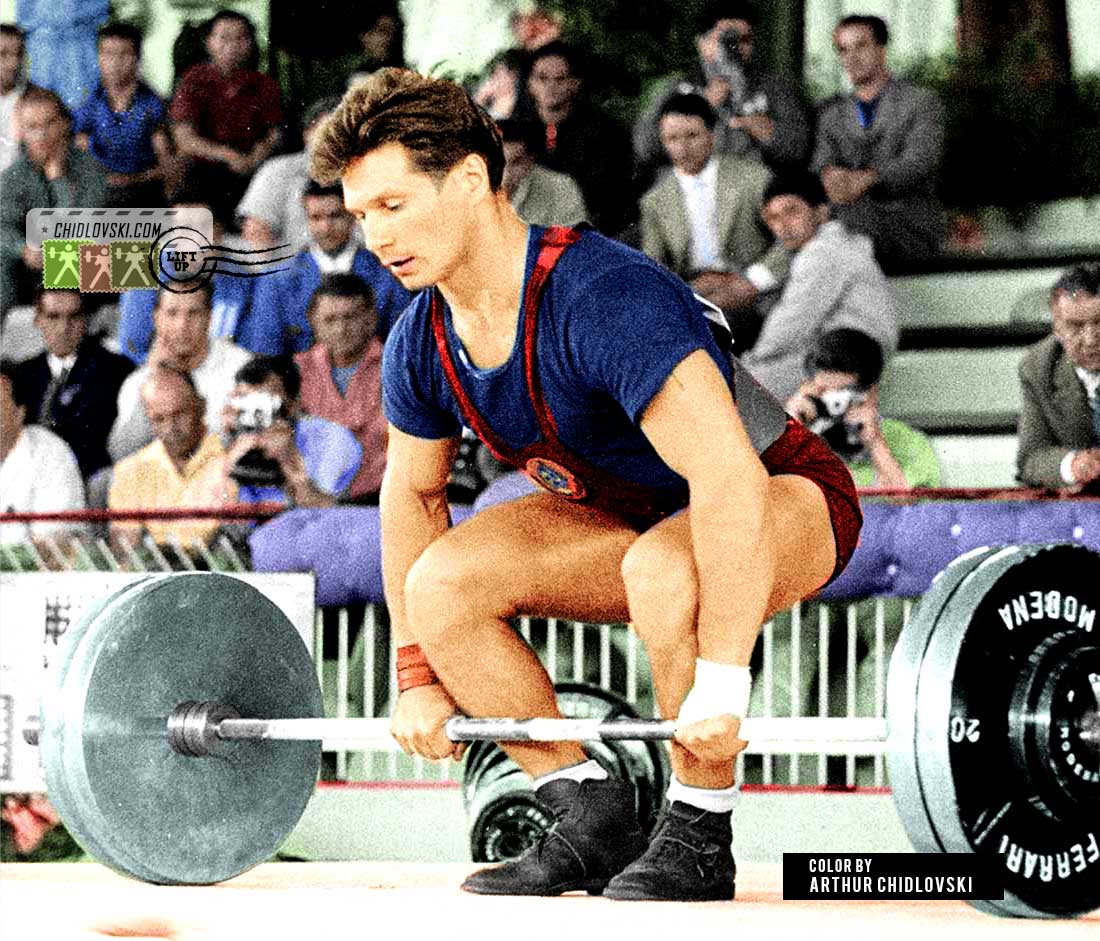 Viktor Bushuev (1933-2003) earned the position of a lightweight lead of the Team CCCP Weightlifting in the second half of the 1950s.

Bushuev won major world tournaments of the late 1950s – he  won 3 consecutive World titles (1957-1959), 2 European titles (1958, 1958) and, of course, the Olympic Games gold medal in Rome in 1960. He also won for the Team CCCP at various notable international tournaments – the Prizes of Moscow and at the 1958 USA vs. USSR weightlifting matches in Chicago, Detroit and NYC.

In his career, Viktor Bushuev set 3 world records. All three were in the total and the last one was set during his outstanding victory in Rome in 1960.