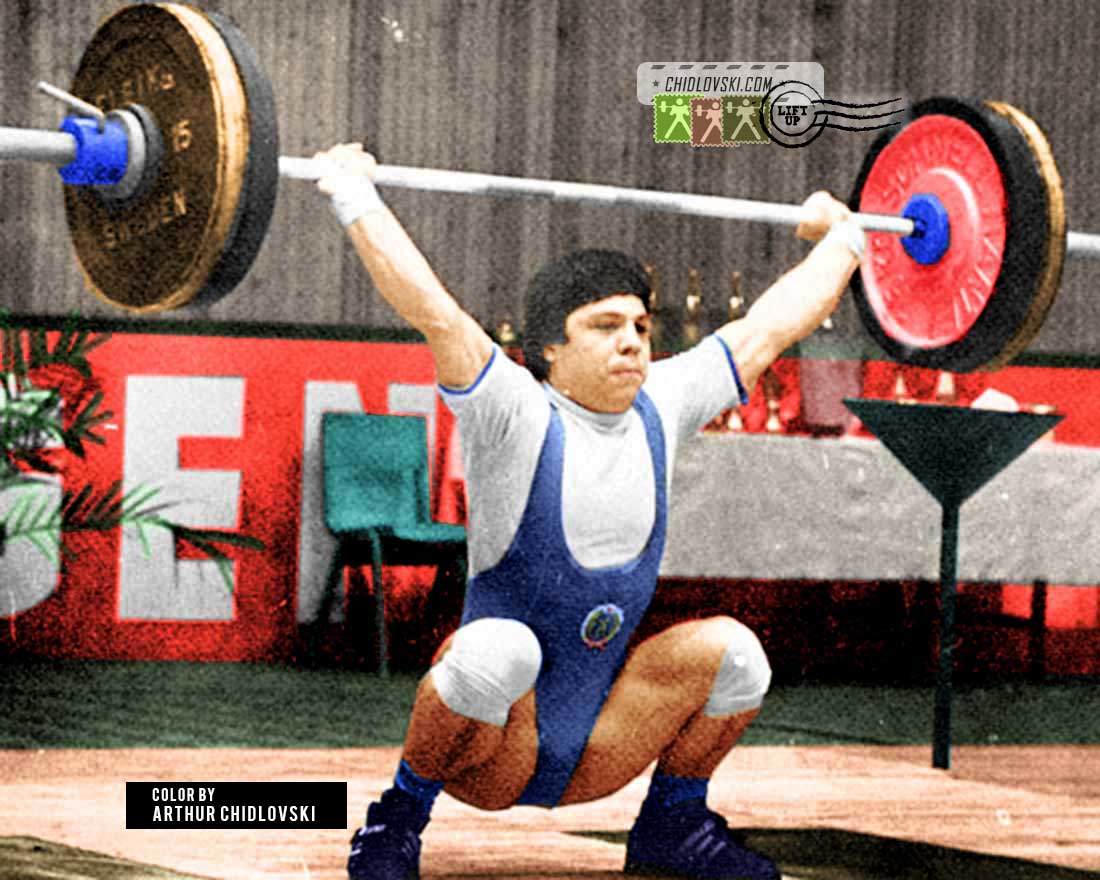 History in Color:
Olympic vice champion  Stefan Dimitrov of Dobrich, Bulgaria competes for his country in the 60kg class at one of the international tournaments in the late 1970s.

Stefan Dimitrov (1957-2011) was a Bulgarian Olympian and one of the strongest featherweights in the history of Olympic weightlifting.

At 22, Stefan Dimitrov became a world record holder after he snatched 130.5kg in February 1980 in Varna.