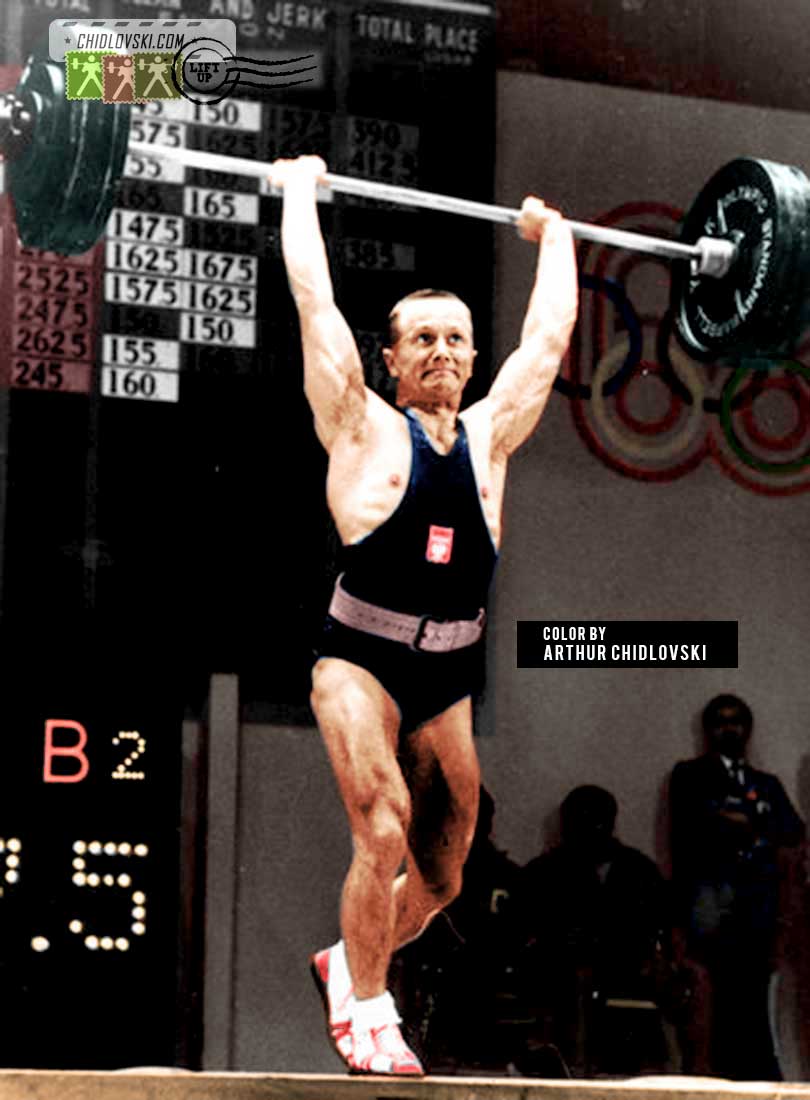 It was the second Olympic gold medal for a 33-year old Waldemar Baszanowski, one of the greatest weightlifters of all time and nations.

In addition to his outstanding results, Waldemar Baszanowski (1935-2011) was a brilliant technician famous for slick split style snatch and clean techniques. Later in his career, he mastered a text book classic squat style snatch too.

When Baszanowski retired from weightlifting competitions, he launched a successful career as a scientist, coach and took an active part in the international weightlifting organizations.