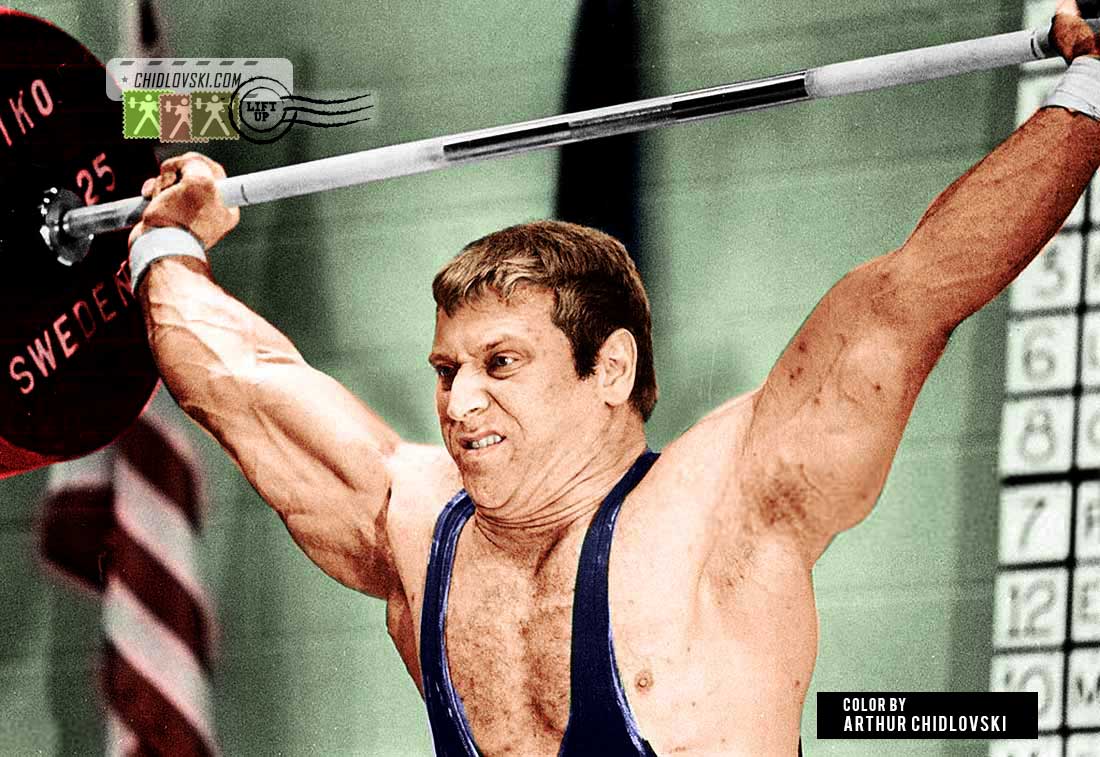 Phil Grippaldi (b. 1946) was one of the most talented and popular U.S. Olympic weightlifters in the 1970s.

Grippaldi grew up in New Jersey. When he was a kid, he was introduced into bodybuilding routines by one of his neighbors. At 16, little Phil was 5’5″ and had a 19″ biceps.

At the 1970 World Championship in Columbus, OH, Phil Grippaldi won the silver medal finishing secong after Vasily Kolotov of the USSR.